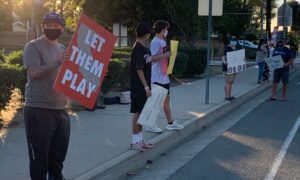 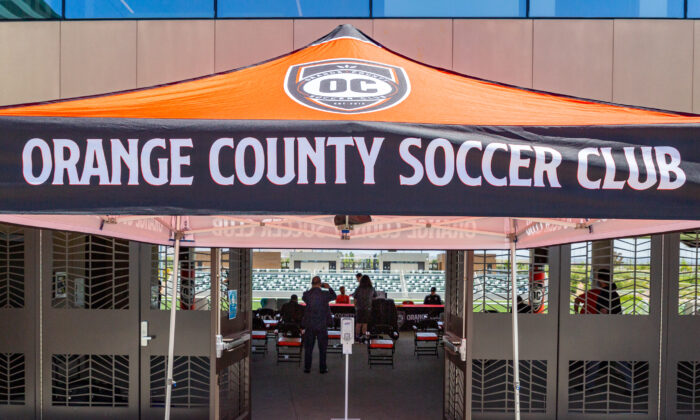 As Orange County Soccer Club kicks off its season, the team says it’s excited to resume playing in front of a live audience.

The Orange County Soccer Club is the county’s only professional soccer team. It’s a member of the United Soccer League and consists of players aged 16 to 34.

Coach Braeden Cloutier said he’s looking forward to this season, with fans being allowed back in the stadium.

“As we now get closer to the season for us and restrictions are lessening, it’s going to be nice to have people in the stands, because that was a different environment for us,” Cloutier said.

“The buzz in the stadium definitely emphasizes their performances on the field and it gets the players’ adrenaline going.”

Kevin Alston, a 33-year-old Orange County Soccer Club defender, said he is looking forward to the environment that fans bring to the stadium.

“We love to compete, but it’s great when you have a supporting group and you have fans in the stands; that’s really what makes the experience real, and we missed that last year, so it’d be nice to have that back,” Alston told The Epoch Times.

The team’s last pre-season game on May 8 was the first time it had fans in the stands since the start of the pandemic last March.

Jeff Garner, the Orange County Soccer Club’s president of business relations, said the venue will be operating at 30 percent capacity due to the six-foot social distancing rule. However, the club is looking into ways of opening the venue up further.

“We are we are working with the Department of Health in Orange County to look at vaccination sections or negative test sections,” Garner said during the press conference.

Many venues in California are offering specified seating for fully inoculated individuals, such as Dodger Stadium. Orange County hasn’t yet approved this.

“The whole stadium needs to be required to be vaccinated or have a negative test in 72 hours, or we keep the six-foot rule in place,” Garner said. “So, we have chosen at this point to not require vaccinations, but you will see restricted capacity.”

The stadium will require masks to be worn, enforce social distancing, and hand-sanitizing stations will be placed throughout the stadium.

Fans are asked not to bring a bag. A one-gallon clear bag is allowed, however, in order to limit contact between security and fans.

Gov. Gavin Newsom announced that the state can fully reopen June 15, allowing for the stadium to fully reopen if certain conditions are met.

The team will play its home games at the Championship Soccer Stadium at the Orange County Great Park in Irvine. The all-new stadium can allow seating for up to 5,000 spectators.