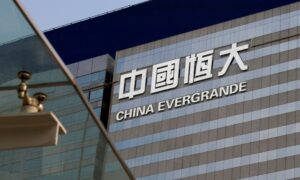 By Heide B. Malhotra
Print
WASHINGTON—A mortgage product offered by Fannie Mae, once considered an innovative way to put low-income families on the path to home ownership, is now considered a major catalyst in the sub-prime mortgage meltdown.

Fannie’s MyCommunityMortgage (MCM) loan targeted low-income public service workers and offered no down payments. The down payments would be paid for by another loan or grant from public housing programs or other nonprofit groups.

“Fannie Mae’s MyCommunityMortgage™ was at the forefront of the credit crisis, and had many sub-programs, all targeted at low income communities and borrowers,” according to economist Eric Falkenstein on the Falkenblog.

In essence, the MCM program, with its many semi-independent subprograms, “were doing what the private sector would not, serve the historically underserved,” just as so many other government-sponsored programs, Falkenstein wrote.

Economists claim that risk-averse bankers on Wall Street did not concoct the program. Government officials are seen as the originators of relaxed lending standards—who pushed for homeownership and living the “American Dream”—and the MCM program was seen as a major way to promote such an agenda.

Caution Thrown to the Wind
Relaxed lending practices, as with Fannie Mae’s MCM program for the underprivileged, were developed because of a study by the Federal Reserve Bank of Boston, which found that minorities were discriminated against by lenders.

The Boston Fed study was based on flawed data. “We have discovered that the Boston Fed extensions to the data are plagued with inconsistencies, making highly suspect any conclusions based on analyses using this data set,” according to a 1998 report on mortgage lending by economists Stan J. Liebowitz and Theodore E. Day.

The Liebowitz/Day report called for revaluation of the watered-down loan risk standards and assumptions before the market would be faced with an unprecedented number of defaults.

Mortgage Industry Elation
“I can’t stress enough how great this Fannie Mae sponsored program is. It allows certain borrowers to qualify for a home with no money down and less than perfect credit,” wrote a blogger in 2007 on the activerain website, a real estate network.

The website announced that the MCM program was the sole option available for a certain segment of society who want to own a home, especially with subprime loans disappearing from the horizon. Also, with its more than 30-year fixed interest rate, the borrower would not be faced with the subprime loan’s escalating interest rates, which was seen as the reason for many homeowner loan defaults.

Comments from happy real estate professionals show that for them, the MCM program was less risky, especially since it is backed by a government guarantee and the real estate and lending industry took barely any or no risk.

Another blogger on the activerain website wrote in 2007 that “My community [MCM] is the best thing since slice bread … It[’]s becoming my bread and butter loan program.”

The program provides many options that allow the mortgage industry to make an individual with little or no financial net worth a homeowner. Features include 40-year repayment terms, insurance on repayment risk, and approvals for consumers with low credit scores.

All the prospective homeowner has to do is to take a class and attend counseling sessions to learn the essentials of owning a home.

Demanding Additional Lifelines
If Fannie Mae were not government-sponsored, it would already be bankrupt, according to the company’s first-quarter financial statements. On March 31, net worth was in the red by $8.5 billion, though improved from the December end-of-year deficit of $15.4 billion. Alas, this reduction is not due to improvement in Fannie Mae’s financial condition, but due to changes in accounting practices and unrealized gains on available-for-sale securities—or securities that were not yet sold.

To emphasize the value Fannie Mae brings to the market, Mike Williams, CEO and president at Fannie Mae, said in a May press release, “The strong credit characteristics of our acquisitions during the quarter are evidence that we continue to strike an appropriate balance in providing liquidity while also applying the lessons of the recent credit cycle.”

Given the net worth deficit, Fannie Mae has requested an additional $8.4 billion bailout from the Department of Treasury, to be paid before the end of June.

Some lawmakers are looking to break up the U.S. mortgage finance giants. U.S. Sen. Orrin Hatch, R-Utah, added an amendment to the financial regulation bill in May that is calling for an end to the bail out of Fannie Mae and Freddie Mac.

Sen. John Ensign, R-Nev., introduced a bill, which was defeated, that also asked for Fannie Mae and Freddie Mac to be downsized, so they would no longer be considered too big to fail.

Fannie Mae and Freddie Mac “need to be reined in and reformed so taxpayers aren’t on the hook for their years of misconduct and mismanagement that led to the worst financial crisis since the Great Depression,” Hatch said.