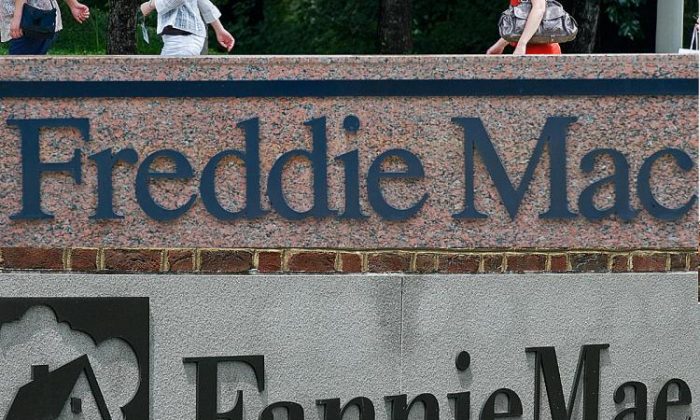 In a case with ramifications for the so-called administrative state, the Supreme Court considered Dec. 9 whether the structure of the Federal Housing Finance Agency is unconstitutional because Congress forbids the president from firing at will the person running it.

The case is potentially important because a decision finding the internal organization of the Federal Housing Finance Agency (FHFA) unconstitutional would trace out limits on the authority of administrative agencies created by Congress. Such a decision might also invalidate some actions the agency has taken.

The Supreme Court heard the case known as Collins v. Mnuchin, an appeal from the 5th Circuit Court of Appeals, telephonically. The respondent is U.S. Treasury Secretary Steven Mnuchin. Ninety minutes were allotted for oral argument, but Chief Justice John Roberts allowed the hearing to go on for 101 minutes. It was the court’s final scheduled oral argument for 2020.

Fannie Mae (Federal National Mortgage Association) and Freddie Mac (Federal Home Loan Mortgage Corp., or FHLMC) are examples of what critics call “crony capitalism”—in this case, troubled government-sponsored enterprises (GSEs) owned by private shareholders but financially backed by federal taxpayers. Pushed by politicians to support subprime mortgages taken out by uncreditworthy borrowers, the secondary mortgage market giants were overexposed to risk, leading to the subprime mortgage collapse of 2007 and the recession of 2008.

Congress bailed out the companies with almost $200 billion in cash but required FHFA oversight and that the companies repay the funds by way of dividends payable to the U.S. Treasury Department. The companies found it hard to make the payments and the deal was renegotiated in 2012.

But now that the companies are generating healthy profits again, shareholders of Fannie and Freddie are suing to challenge the 2012 agreement between the Treasury and the FHFA, which serves as conservator for the two GSEs. The FHFA, whose charter states that its director may be fired only “for cause,” and the department have tried to change how shareholders are compensated when the companies generate profits, but shareholders sued, claiming both the FHFA and department had exceeded their legal authority and that the very structure of the FHFA was unconstitutional.

Shareholders say the agency’s structure violates the separation of powers doctrine because Congress restricted the ability of the president to fire its director.

Such a restriction at another federal agency was nullified by the high court earlier this year as the court embraced what lawyers call the unitary executive theory, or the idea that the president has control over all aspects of the executive branch.

A federal judge in Texas rejected the class-action lawsuit, but the 5th Circuit ruled 9–7 in 2019 that the FHFA and rules governing the removal of its director ran afoul of the U.S. Constitution.

The Supreme Court ruled 5–4 in June that the structure of the Consumer Financial Protection Bureau (CFPB), formed in the wake of the 2008 financial crash, was unconstitutional, but that it may continue to exist under new rules, The Epoch Times reported at the time.

The CFPB was designed to be free of the influence of the president. Federal law blocked the president from dismissing its director, who has to be confirmed by the U.S. Senate, before that person’s five-year term lapses, unless the termination is for “inefficiency, neglect of duty, or malfeasance in office.” The Supreme Court’s decision in the case restored political accountability by giving the president the authority to fire the director at will.

During the Dec. 9 hearing, Chief Justice Roberts told shareholder lawyer David H. Thompson that his claim that the companies had been “nationalized” by the FHFA and the shareholders deprived of value was wrong.

“Your claim of nationalization is that your clients were left out in the cold and their holdings rendered worthless. But I checked this morning, and Fannie Mae is trading at $2.69 and Freddie Mac at $2.56. Your shares are not worthless. They’re worth something and presumably, largely based on judgments of what the future holds,” Roberts said.

“We can’t lose sight of the fact that this was a lifeline thrown to your clients, and that has to be worth something, too.”

Justice Neil Gorsuch was skeptical of Thompson’s request that the structure of the FHFA be deemed unconstitutional.

“Counsel, your remedial ask is a big one and … hard for us to swallow,” he said.

Thompson told the justices it was unfair to his clients and unprecedented for the FHFA as “conservator receiver” to be “permitted to operate its ward for the exclusive benefit of the federal government.”

Representing the Trump administration, attorney Hashim Mooppan told the justices that FHFA acted prudently to protect taxpayers “by replacing the enterprises’ multibillion-dollar dividend and fee obligations with a variable dividend tied to their net worth.”

“The conservator eliminated any risk that the cycle could continue where the enterprises’ obligations to Treasury would themselves cause draws from Treasury’s capital commitment,” he said.

Justice Sonia Sotomayor said there were “vast differences” between the CFPB and the present case.

“The FHFA’s most notable power and the reason why we’re here today is because they can put certain government-affiliated companies under conservatorship,” she said.

Conservatorships are “never thought of” as an executive power, she said, adding that it has  “historically been adjunct to the judicial power.”