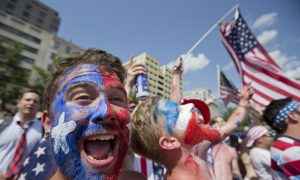 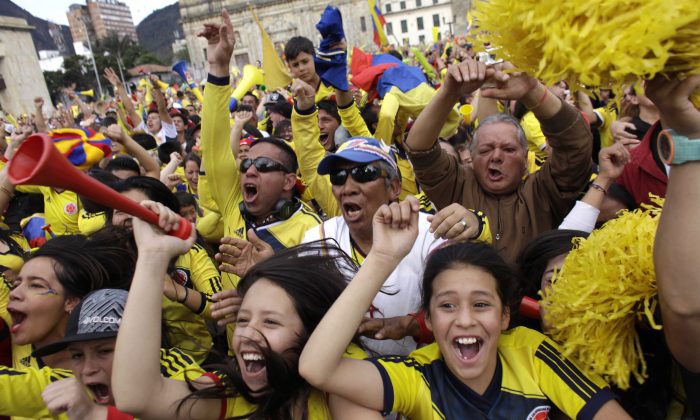 Fanatical About Football? Watch Out, You Could Be an Addict

Why are we so loyal to our national and club football teams? Whatever the results, we tend to support them week in week out, through thick and thin. They can cause us nothing but misery and heartache and yet still we support them.

Could it be that following our clubs is an addiction? One paper titled The West Ham Syndrome argued that commercial organisations would love to have the kind of brand loyalty shown by football fans. Compare the seemingly unwavering loyalty that fans have for their clubs to how easily other loyalties can transfer when it comes to products like coffee. We may be swayed by factors such as advertising, price and taste, but if we come across a better coffee, we can easily switch our allegiance. But with football, wherever our team finishes, we don’t tend to switch sides at the end of the season or tournament.

Attendance figures at games can certainly be affected by teams performing poorly, but it’s still probably true to say that football fans are more loyal to their club than they are to most other products. So, how useful is it to compare football fanaticism to an addiction?

Just before the 1998 World Cup, I began to carry out some research into football fanaticism and whether football fanatics could be considered “addicted” to following their team. This is easier said than done as it all depends upon how addiction is defined, and if football fan addiction exists, what are people actually addicted to?

It’s becoming quite commonplace to ask whether slavish dedication is akin to an addiction, and as I’ve argued before, it depends on how you define addiction. I see it as any behaviour that features six core components of addiction: salience, mood modification, tolerance, withdrawal symptoms, conflict and relapse. Any behaviour that fulfils all of these criteria should be considered as a genuine addiction.

So if you were addicted to following your football team, this is what I would expect:

This occurs when following your football team (and doing things related to your football team) becomes the most important activity in your life and dominates your thinking (a total preoccupation), feelings (cravings) and behaviour (with a deterioration of how you interact with others). For instance, even if you are not actually engaged in something football-related, you will be thinking about the next time that you are.

This is the subjective experience you would have as a consequence of following your football team. It could be an arousing buzz or a high, for example, or the exact opposite – a tranquilising feeling of escape or numbness when following your team.

These are the unpleasant feelings or physical effects (such as moodiness, the shakes, irritability) that occur when you are prevented from following your football team or stopped from engaging in football-related activities.

Spending too much time following your football team is leading to conflict with those around you (known as interpersonal conflict), conflicts with other activities (your job, schoolwork, social life, hobbies and interests) or within yourself (knowing you are doing too much of the activity or have feelings of loss of control).

This is the tendency to revert back to earlier patterns of behaviour after a period of abstinence.

Using these criteria, I have come across very few genuine examples of someone addicted to their team. The most extreme case I came across was one woman who left her husband because of his “addiction” to Chelsea football club.

She told me that their bedroom was a shrine to Chelsea, he watched almost every Chelsea game, home and away (including European away matches), spent all their joint savings and ran up huge debts following Chelsea. Eventually he was even sacked from his job because he kept ringing in sick whenever Chelsea were playing hundreds of miles from home during midweek games. Out of season he was constantly depressed and would try to alleviate his mood by endlessly watching videos of Chelsea’s greatest games. And once the football season started, his depression would lift.

I never met this individual, only his wife, but he certainly appears to fulfil my criteria for addiction.

For most people though, enthusiastically following your team – even to excess – cannot be classified as a real addiction. But it’s worth bearing in mind that the main difference between a healthy excessive enthusiasm and an addiction is that healthy enthusiasms add to life and addictions take away from it.

Dr. Mark Griffiths has received research funding from a wide range of organizations including the Economic and Social Research Council, the British Academy and the Responsibility in Gambling Trust. He has also carried out consultancy for numerous gaming companies in the area of social responsibility and responsible gaming. This article was originally published on The Conversation. Read the original article.