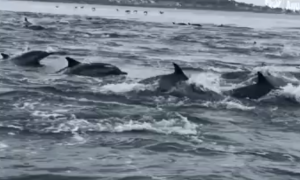 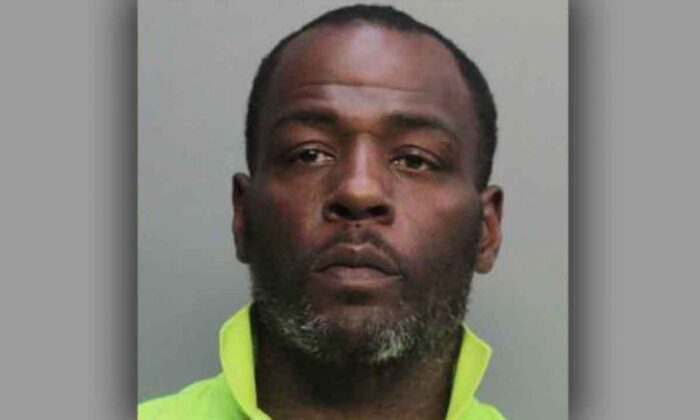 A fan was allegedly charged $724 for two beers at a Miami Dolphins game, and police later arrested a vendor.

Nathaniel Collier, 33, who was at Hard Rock Stadium in Miami, used a personal card reader and not the one that vendors at the stadium are supposed to use, according to the Miami Herald.

Police said that a fan received an alert from his bank that said he received a costly charge on his card and displayed the vendor’s name, the news outlet reported.

The beers should have cost the fan about $19, the report said.

The Herald reported that he wasn’t working for the Hard Rock Stadium or the Dolphins. His employer is based in Kentucky and employs “walking vendors.”

The firm, Rocket Man, told the paper that “our onsite supervisor contacted the authorities immediately upon learning of the overcharge on what was Mr. Collier’s unauthorized personal device.”

“As the chosen provider of walking vendors across dozens of stadiums, we take the matter of security extremely seriously, and train and monitor our vendors to safeguard our customers,” the firm told WPLG, adding that “the credit card company issued a full refund and the guest incurred no loss. The suspect’s employment has been terminated. As this is an open legal action, we cannot offer further comment.”

Collier was taken to the Miami-Dade County jail on Sept. 30 on grand theft and possession of a skimming device charges.

The Dolphins lost to the San Diego Chargers 30-10.

Fans noted on social media that there were a number of empty seats at the Hard Rock Stadium on Sunday.

“It’s true, Dolphins’ fans did not show up for the game today. Look at all these empty seats,” wrote The Big Lead on Twitter.

“Bruh I remember the baseball games for the Marlins use to have empty seats like this,” one person wrote of the Dolphins home game.

Another person added: “Thats a lot of empty seats.”

“Philip Rivers family did not travel to the Dolphins/Chargers game apparently,” wrote one person.