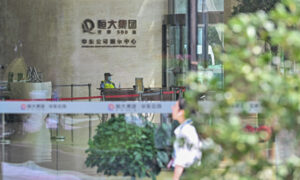 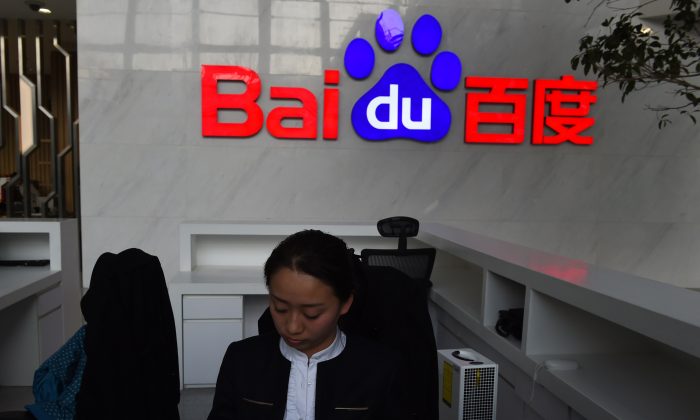 A receptionist works in the still-under-construction Baidu research and development center in Beijing on December 17, 2014. (Greg Baker/AFP/Getty Images)
China

Why Did Baidu Choose Profits Over Morality?

Morality and conscience cannot be bought and sold on the market like a commodity, and at the same time, properly functioning market economies must be based on a certain code of ethics. Of course, people and enterprises have sold out their principles for profit for centuries—the process is usually secretive, not subject to legal sanctions or easily definable in legal terms, and in most cases relies on the self-discipline of market participants.

Selling counterfeit drugs, for instance, is illegal and immoral. However, if vendors who sell counterfeit drugs extend benefits for advertising for them, stating the drugs they sell are very good, then I can sell my morality by running these ads, even though I may not directly be breaking the law.

Baidu Profits by Selling Out

Baidu has been excoriated by the public after the college student Wei Zexi died after paying for a course of treatment that had no chance of success. Indeed, it’s known that Wei Zexi suffered from an incurable disease, and the possibility of curing him was not high—but this is not an excuse for private hospitals run by the Putian clan, a group of unscrupulous entrepreneurs from Fujian Province, to sell him counterfeit drugs at a high price and profit from someone about to die. Why are fake drugs so marketable? Because there’s a platform for them: Baidu. Baidu allows sellers to bid for the rank at which their search results appear, and it has created an enormous market for those who sell fake drugs. As long as you have money, Baidu can put you right on top of the search results.

Baidu’s 2014 annual report showed that online marketing revenue was 48.495 billion yuan ($7.41 billion). Putian City Party Secretary Liang Jianyong once said in public: “Baidu’s total advertising revenue in 2013 was 26 billion yuan ($3.97 billion); Putian’s private hospitals spent 12 billion yuan ($1.83 billion) advertising on Baidu.” Assume they spent the same amount of money in 2014; it accounted for 25 percent of their marketing revenue. We cannot say that all drugs made by Putian hospitals were fake, but based on most of those exposed Putian hospitals, the proportion of false advertising is extremely high.

Maybe Baidu isn’t responsible or equipped to discern the authenticity of all the advertising on its platform. And the same goes for Google. But Google isn’t allowed to do what Baidu is making so much money doing. [Editor’s note: Google was forced by the U.S. Department of Justice in 2011 to disgorge $500 million earned from advertising counterfeit drugs.]

If morality can be traded, then human morality will be lost and society will eventually collapse. Despite the sale of ethics occurring from time to time, the moral bottom line cannot be traded—it’s priceless, and can’t be put out on the market for an exchange value. The concept of a “moral bottom line” concerns major principles related to human existence; once human beings are controlled by selfishness, society will lose balance. This view is the core of moral economics.

The British economist E.P. Thompson touched on morality in economics in writing about the changes in the United Kingdom during the 18th century, and the dimension of “moral economics” he introduced served as a counterpoint to the economic determinism set forth in Adam Smith’s “Wealth of Nations.” It set limits to economic development based on egoism: On major issues of public interest, it forbade selfishness and the violation of moral bottom lines.

Thompson wrote in his book “Customs in Common” that the reason society has been able to maintain balanced development for so long is not because of the power of money, but because people followed social moral norms.

The Idea of the ‘Moral Baseline’

Thompson wrote in his “Customs in Common” that the idea of a moral baseline refers to habits and norms that are passed down through tradition, based on social consensus.

The idea that children should have the right to education, for example, did not stem from laws in the first place, but is part of the cultural heritage of mankind. Almost everyone agrees with this view. Therefore, the denial of this right to children violates a moral baseline.

These moral baselines shouldn’t differ between cultures or economic systems, and should be a basic consensus among humans. It is the most basic achievement of human civilization, and the basic spiritual element to ensure human society continues forward.

This moral baseline also constrains and determines our conduct: Saving lives, for instance, is a basic norm. Medicines are supposed to be used to cure illness and save lives, thus we should not sell counterfeit drugs and kill for profit; food is used to sustain life and health, so we cannot sell toxic and harmful food; prices should not be jacked up during natural disasters; education is for people to learn the unknown, to innovate and open the door to the future, not to brainwash and mislead, and so on.

How China Lost Its Moral Baseline

Today’s China looks very wealthy and powerful on the surface. But what about inside? Our moral baseline is broken: toxic food, counterfeit drugs, education as business, GDP bought with blood, forced demolitions and relocations, lying as a habit, the refusal to help others, the intertwining of money and power, and more. Baidu is not the cause of these vices; it simply followed the trend to make money.

Thus, we can see that Baidu publicly trades in morality. How many businesses in China truly maintain a moral baseline? Is money more expensive than morality? Is wealth more important than conscience? In the face of these questions, we’ve already lost our bearings.

Fan Di is an independent economist and part-time professor at Peking University and Sun Yat-sen University. He obtained a Ph.D. at the University of California–Berkeley, supervised by Li Yining of Peking University and Nobel Prize winner George Arthur Akerlof. Fan has been a senior executive and consultant at major banks, financial firms, and large companies.