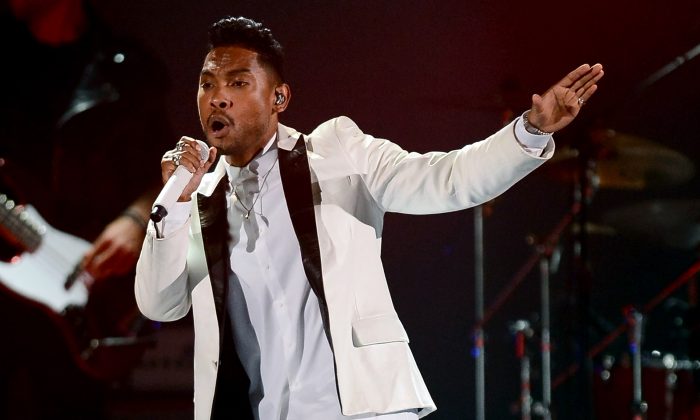 A fan of singer Miguel claims she got brain damage after he jumped over the crowd during a May 19 performance, accidentally landing on two audience members.

He appeared to have landed on one woman and accidentally kicked another in the head, reported TMZ.

One of the women, Khyati Shah, now claims she got brain damage when she was kicked.

“Some of the difficulties she’s experiencing are cognitive in nature and lead to suspicion of a neurological head injury,” her lawyer, Vip Bhola, told TMZ.

Bhola said Shah did not receive proper medical care after she was kicked.

However, she spent time with Miguel backstage, reported MTV News, which carried out an interview with both Miguel and Shah after the concert last month.

“Well, I think it’s kind of clear what happened. But I’m very happy to bring my new friend, Khyati; we just met. Unfortunately, we did not meet under the best circumstances, but I think we’re OK,” Miguel said as Shah sat by him, according to MTV News. “The crazy thing is, when you’re performing and you’re just kind of into it, you never know where it’s gonna go and where you’re gonna go with it, and how that might turn out. So this is one of the less-favorable moments.”

At the time, when asked by MTV about the incident, Shah said she “[adores] him.”