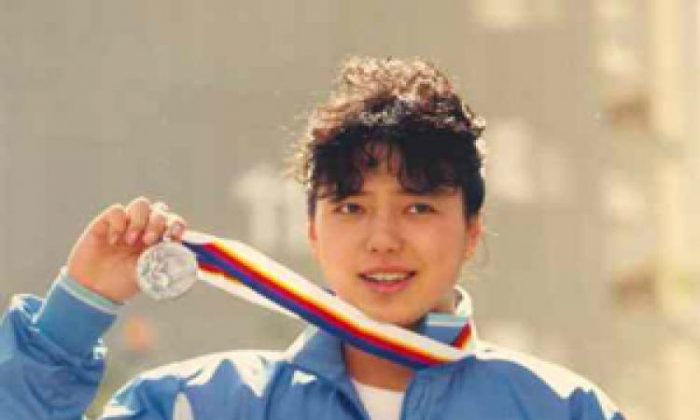 My name is Xiaomin Huang and I was formerly a swimmer for the Chinese National Team. I have won an Olympic silver medal, three Asian Games gold medals and eleven Swimming World Cup gold medals. I was also part of the “Top 10 Best Athletes in Asia” and one of “the Five Golden Flowers” in China’s swimming arena.

I. Join the Chinese Communist Party (CCP) “on the Front Line”

I won the silver medal in the 200m breaststroke at the 1988 Seoul Olympics, which was China’s first-ever medal in Olympic swimming competition. When returning to China, the Party asked me to join the membership of CCP “on the front line.” As a matter of fact, as an athlete, I was only aware of issues pertaining to training and competitions at that time. I had no idea about what the Communist Party was like. I didn’t care about it, nor did I want to join whatever party. Maybe the Party’s intention of making me join it was for propaganda, because I had an achievement and gained great honor for the country. It seemed to me at the time that my achievements should all be attributed to the CCP as the result of the Party’s training. Hence, I joined the Party “on the front line” unconsciously and became a preparatory member of the Chinese Communist Party.

II. Participate in the CCP during “June 4th” Incident

When the “June 4th” incident with university students happened, I was participating in an international competition in a small country close to France (I don’t remember clearly, but it was either Morocco or Monaco.) I watched the local news in that country which broadcast the scene of the students petitioning in Beijing during the “June 4th” incident. The tense, chaotic and frightening scenes developed an idea in my mind that I would not dare to return to China.

When the competition concluded and we went back to China, what I saw at the location of the students protests were only some scorched remnants. What I heard was the Communist Party’s propaganda about how “the rebellion was suppressed” and “no student was killed.” Concerning the “June 4th” incident, I was confused as to whether or not the overseas news was true or the Party’s propaganda was true at that time. Thus, I joined the Communist Party formally amidst my confusion.

I have recently read an editorial series called The Nine Commentaries on the Chinese Communist Party issued by the Epoch Times, which made me realize the true face of the Communist party. I feel ashamed that I was a member of the Communist Party, even though I was unwilling to join the Party. I haven’t had any connection to the Party for more than ten years and never paid the Party membership fee, which actually could be deemed automatic withdrawal from the Party. But I feel that I still need to clearly make a solemn declaration, thoroughly eliminate any poisons related to the Communist Party from deep within my inner heart and quit the evil party.