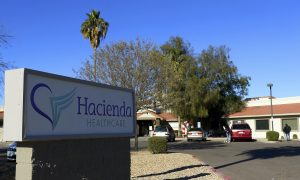 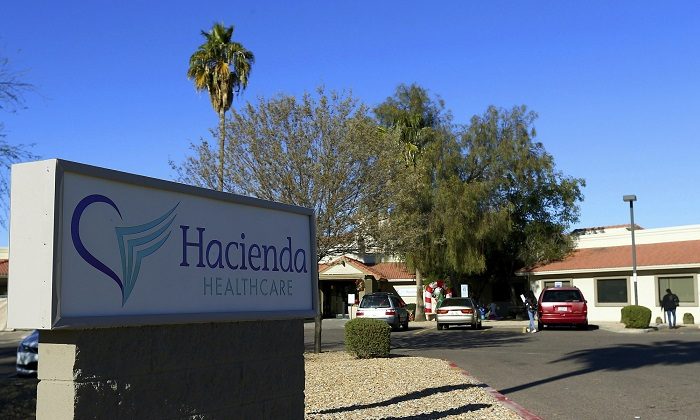 Three family members visited the vegetative woman who gave birth in an Arizona facility just days before the birth and didn’t notice the woman was pregnant, according to a report.

A source from the Hacienda Healthcare facility, who wasn’t identified but was seen from behind, told KPHO that the victim’s family visited her during Christmastime.

Other sources confirmed the news.

“It was Mom and Dad, and one brother and the significance of that is they didn’t see she was pregnant,” the source said.

Staff members previously said they also had no clue that the woman was pregnant until the baby started coming out on Dec. 29, 2018.

The family issued a statement earlier in January responding to the news of the birth. “The family obviously is outraged, traumatized and in shock by the abuse and neglect of their daughter at Hacienda Healthcare,” the family’s attorney John Micheaels said in the statement, which was sent to media outlets on Jan. 8.

The female source also revealed that the woman in a vegetative state was checked on every 15 minutes, 24 hours a day, and was not supposed to be in her room alone when housekeepers changed her sheets.

The victim’s specific care was also revealed for the first time.

“She required tube feeding, couldn’t eat or swallow, she had respiratory care, bathing,” said the source.

‘
The source criticized the fact that the facility didn’t have cameras, which would have provided police officers with a quick way to search for who raped the vegetative woman. “We’ve talked about it. We’ve requested it. Some parents requested it. I’m not sure why it didn’t happen,” she said.

Instead, police officers obtained a search warrant to obtain DNA samples from male staff members to try to find the baby’s father.

The woman who gave birth has not been identified but has been described as a 29-year-old Native American woman who has been in a vegetative state since she was 3 years old following a near-drowning incident.

The San Carlos Apache Tribe, located in southeastern Arizona, confirmed last week that the woman is a member of the tribe.

According to The Brain Foundation, “A vegetative state is when a person is awake but showing no signs of awareness.”

The woman also suffers from quadriplegia, a seizure disorder, and recurrent pneumonia, according to court documents.

The nurse later said, “One of our patients just had a baby, and we had no idea she was pregnant.”

The nurse, answering a question from the dispatcher, said she didn’t know how far along the mother was in the pregnancy.

The organization cares for more than 2,500 across all of its facilities.

According to federal records, the healthcare facility where the woman gave birth has at least 74 patient beds. Like the Native American woman, some patients have been there for 10 years or longer, even decades.