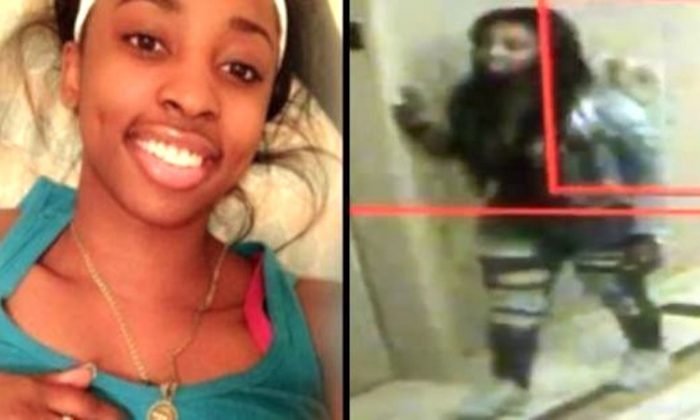 Kenneka Jenkins was 19 when she was found dead in a hotel freezer on Sept. 10, 2017. (Change.org)
Crime and Incidents

The family of Kenneka Jenkins, who was found dead in a freezer at a hotel in Rosemont, Illinois, has filed a lawsuit against the hotel for $50 million.

The lawsuit, filed against the Crowne Plaza Chicago O’Hare Hotel where Jenkins was found dead, says the hotel was negligent and had failed to secure the walk-in freezer, and also failed to carry out a proper search when Jenkins went missing.

The suit was also filed against Capital Security and Investigations, the hotel’s security contractor, as well as Caddyshack, the restaurant that was renting the area where Jenkins was found.

Jenkins was 19 when she was reported missing in the early hours of Sept. 9, 2017. Police did not find Jenkins’ body until about 20 hours later. Jenkins had been attending a party held in a room at the Crowne Plaza.

The Cook County medical examiner’s office concluded in October 2017 that Jenkins died of accidental hypothermia, and that alcohol and topiramate, a drug used to treat epilepsy and migraines, were “significant contributing factors” to her death.

Tereasa Martin, Jenkins’ mother, said that she was not aware her daughter had been prescribed any medications.

Despite the autopsy ruling, significant controversy has surrounded Jenkins’ death, with people—including Martin—saying that Jenkins was a victim of foul play.

Police released surveillance footage that showed Jenkins had been stumbling through the hotel corridors prior to heading into the abandoned kitchen and turning a corner.

The freezer Jenkins was found in was inside a refrigerator. The structure was just out of view of cameras, so no footage reportedly exists of Jenkins walking in. A detective’s description of the freezer says that the inner door was self-closing. The door was latched shut and could only be opened by pressing a circular handle. The door mechanism functioned properly.

Neither the freezer, nor the kitchen it was located in, were used by the hotel in September last year when the incident occurred. The refrigerator had been leased to Caddyshack restaurant but that only opened this year in April. A news release from the company said that it had signed a deal in July 2017 to lease space in the hotel.

It is unclear why the freezer was running while not in use at the time of Jenkins’ death.

The lawsuit claims that the hotel had other walk-in freezers that were locked and not accessible by the public but the one that Jenkins died in was unsecured.

The freezer also had “a sticker affixed that was completely faded and failed to instruct how to release the lock system of the door,” the lawsuit said, according to the Chicago Tribune.

Caddyshack restaurant should have secured the kitchen and also ensured that the empty freezer was turned off, according to the lawsuit.

The lawsuit said that hotel employees should have stopped Jenkins from stumbling into abandoned areas of the premises as she was seen to have walked past a number of hotel employees in the corridors.

“Had Crowne Plaza defendants and employees and/or agents of defendant Capital Security properly intervened when they observed [Jenkins] visibly disoriented, confused, and lost within their premises, they would have prevented her from entering the abandoned kitchen and prevented her death,” the lawsuit contends, according to the Tribune.

The lawsuit also said that the security company had failed to stop the party that Jenkins had attended, where dozens had been present in a room meant just for four people and the smell of “strong intoxicants” was apparent. If security had intervened, Jenkins would still be alive, the lawsuit said.

The hotel and security also did not review the security camera footage promptly enough following Jenkins’ disappearance, the allegations suggest.

A Crowne Plaza spokesman told the Tribune that the hotel will fight the lawsuit.

“The death of Kenneka Jenkins was a tragedy but the proximate cause of her death were the unsavory individuals who used a stolen credit card to book a room and host an illegal party which Ms. Jenkins attended,” he said.

“Those criminals escaped the hotel before police arrived and have never truly been held accountable. This lawsuit has no merit and we will vigorously contest it.”