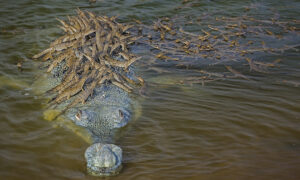 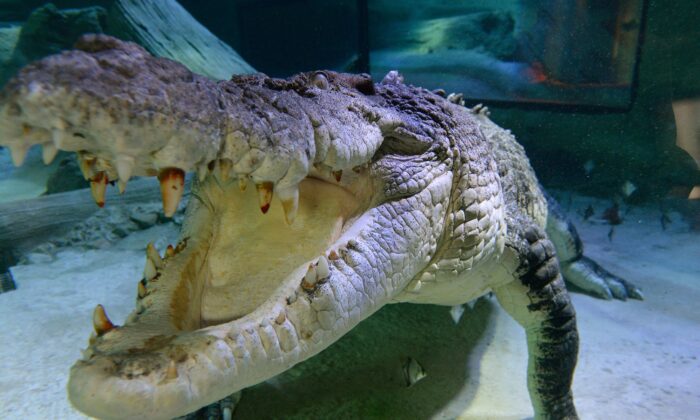 The sister of a woman who fought off a crocodile after it attacked her twin in Mexico has said she is “so proud” of her actions.

Melissa and Georgia Laurie, both 28, from Berkshire, were swimming in the daytime in a lagoon in Mexico, around 10 miles from Puerto Escondido, when Melissa was attacked by a crocodile. In a bid to save her, Georgia fought off the crocodile by punching it.

The pair are both recovering in hospital in Mexico, with Georgia suffering injuries to her hands while Melissa has been placed in a medically-induced coma to prevent any infection to her injuries.

The twins were volunteering with animals in the country and had been taking a break when the crocodile attacked.

“Georgia’s OK, she’s tired, she’s really stressed. I think she’s really frightened but she is awake and has got some wounds on her hands. Melissa’s still in an induced coma.”

Hana said the family were in disbelief when they found out what happened, adding that the event was “so unusual, and so rare” that they “didn’t believe it could happen to them.”

The twins’ elder sister said the pair had booked a tour with a guide through their hostel and the women found out later their tour guide was not registered and had taken them to swimming spot which was not recommended.

“He’s an unlicensed tour guide and according to someone on a Mexican Facebook page he’s been doing it for a while, doing illegal tours in unsafe, unregistered areas,” Hana said.

“He’s gone to where the crocodiles live and not the location where all legal certified sanctioned tours take place. He has been called out locally before, apparently, but that wasn’t for my sisters to know. They found out the information through their hospital.”

The family are now trying to work out if they are able to fly over to Mexico to support the twins, but added it is more difficult due to the cost and Mexico being placed on Britain’s amber list.

A spokeswoman for the Foreign, Commonwealth & Development Office said: “We are supporting the family of two British women who are in hospital in Mexico, and are in contact with the local authorities.”