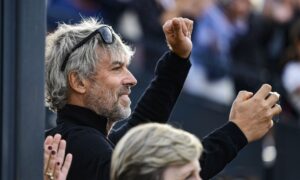 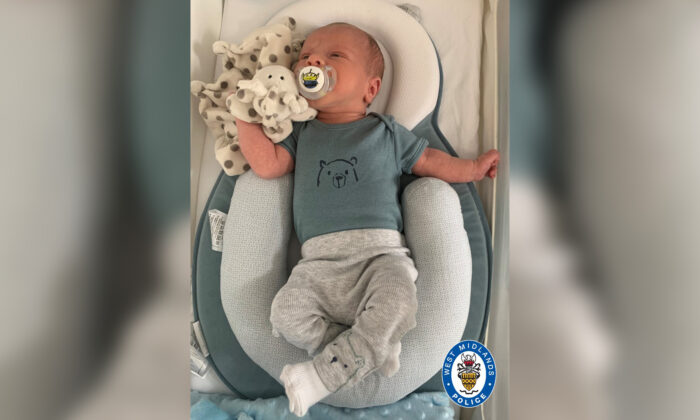 The 18-year-old parents of a two-week-old baby, who was killed on Sunday in a hit-and-run incident in the West Midlands of England, paid an emotional tribute to their baby boy.

The boy, named Ciaran Leigh Morris, died in hospital on Sunday after his pram was hit by a car.

According to the West Midlands Police, Ciaran’s family was pushing the pram along the pavement at around 4 p.m. on the high street in Brownhills—a town near Birmingham—when the tragedy happened.

Police said it was understood that a BMW crashed into the pram after it was involved in a collision with another car.

A relative suffered a shoulder injury but nobody else was injured, police said.

Shortly after the crash, police arrested a 34-year-old man in Bloxwich, around 4 miles away from Brownhills.

Police appealed to the public for information.

“We’re in the process of speaking to witnesses and establishing the circumstances around this collision. I would ask anyone who was in the area, and has information which can assist our enquiries, to come forward,” Sergeant Mark Crozier from the serious collision investigation unit of the West Midlands Police said in a statement on Sunday.

“We understand the shock this will have caused, but I would ask people not to speculate on what happened,” he added.

“We’re particularly keen to hear from anyone who was in the area and may have dash cam footage, either before or at the time of the collision.”

According to the Mirror, Ciaran’s parents are both 18 years old, and a family friend said that “they are a really, really nice family.”

Ciaran’s parents on Monday released an emotional tribute to their baby boy.

“Mommy’s and Daddy’s hearts will always ache, we love you more than anything,” they said in a statement.

“We didn’t get to keep you for long but we are happy we had the chance to meet you, look after you, and call you our son.

Crozier said police officers are also “left numb” by the tragedy, and asked the public to respect the family’s privacy.

“We’ve all been left numb by the sad death of Ciaran. He was just two weeks old and his life has been tragically taken away,” he said in a statement.

“To see the loss of someone so young is difficult for us as officers, but we know the pain is even greater for Ciaran’s family.

“We’ll be doing all we can to support them while also trying to establish what happened leading to the collision,” he added.

“I would ask people to please respect the family at this sad time and allow them the privacy to grieve.”