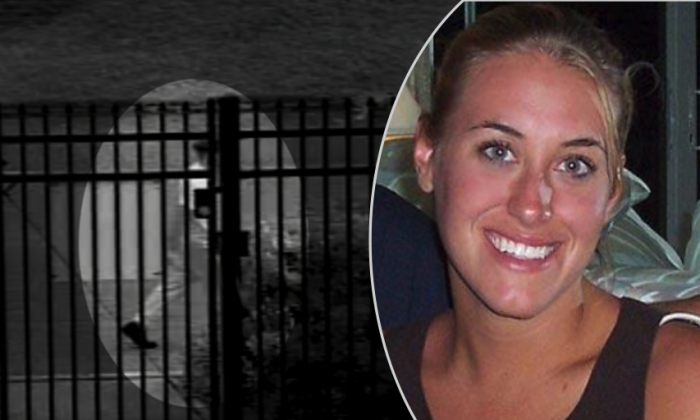 Security cam footage of a person of interest (L) in the disappearance of Jennifer Kesse (R). (Images via jenniferkesse.com)
Crime and Incidents

Family of Woman Who Disappeared 12 Years Ago Demands Answers

In the twelve year search for Jennifer Kesse since she disappeared in Orlando, Florida, police have come up empty-handed, so her family is ramping up efforts to find the answers that have eluded investigators.

Drew Kesse, Jennifer’s father, told Fox News that he is fed up with the way the case has been handled and has hired investigators and a legal team in an effort to move things forward.

The missing woman’s father told reporters that, for the most part, the Orlando Police Department has not given the family the kind of access to information in the case that they have requested, and that he might sue.

“We need to get this information,” Kesse told Fox News. “After 12 years, we deserve that.”

The family allegedly received little else besides a two-page document.

Fox News reached out to the Orlando Police Department for a comment and received an expression of commitment to get “answers for the Kesse family,” but also the caveat that the authorities would not divulge information in an ongoing investigation.

“It is the Department’s standard practice not to release file materials in open and active cases such as this one, as the release of the records could jeopardize the investigation,” the Orlando Police Department said, according to Fox News. “Again, this decision has been made in an effort to ensure that our investigation can be conducted in a thorough manner, hopefully resulting in answers for the family.”

Jennifer Kesse was 24-years-old at the time of her disappearance on Jan. 24, 2006. Her family reported her missing when she didn’t make it to work following a long weekend out of town with her boyfriend.

Her car, a black Chevy Malibu, was found by police three days later approximately a mile from her condo.

Police did not find any forensic evidence in her vehicle and the only real hard piece of evidence in the case is security footage of a person seen parking Kesse’s vehicle near a pool at an apartment complex and walking away.

The suspect has never been identified.

The Orlando Police Department reportedly increased the reward in the case recently and ramped up other awareness efforts, including billboards and bus wrap ads.

An investigative podcast series called “Unconcluded” was launched last July to help find clues in the case. It was set up by a Tampa-area schoolteacher Shaun Gurd and associate Scott Jamison and examines details of Kesse’s disappearance.

The true-crime podcast is drawing more than 300,000 downloads per month, according to USA Today, and has “led to a half-dozen credible leads.”

In the most recent episode, titled “Sidebar / 1.21.18” the hosts say their intention is to fill listeners in on additional information obtained from a follow-up conversation with an individual who made a “bizarre string of admissions” in the case.

Commenting on the reason for setting up the podcast, Gurd said he hopes that increased public interest in the case might prompt an unwitting witness to come forward with crucial information.

“Every day we hope that, that’s the day that someone comes forward or calls the police and says, hey, I heard this podcast I didn’t know what I saw back then meant something but I have this information,” said Gurd, ABC action news reported.

Kesse’s father told USA Today he is supportive of Unconcluded because it raises awareness of the case and could help bring about a breakthrough in the case.

“It’s important to not give up and that’s something we want to help make sure doesn’t happen,” he said.