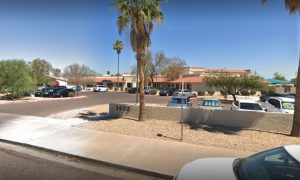 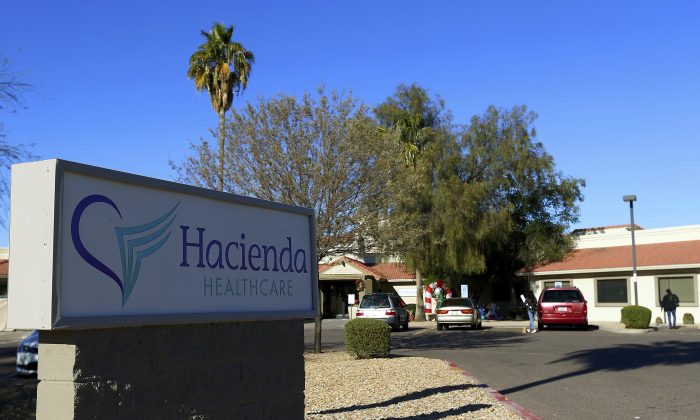 Hacienda HealthCare in Phoenix, Arizona on a Jan. 4, 2019. A woman in a vegetative state gave birth on Dec. 29, 2018, in a Hacienda facility, prompting a sexual assault investigation. (AP Photo/Ross D. Franklin)
US News

The family of a woman in a vegetative state who gave birth in December 2018, prompting a sexual assault investigation, has spoken out for the first time.

“The family obviously is outraged, traumatized and in shock by the abuse and neglect of their daughter at Hacienda Healthcare,” the family’s attorney John Micheaels said in a statement sent to media outlets on Jan. 8.

The woman has not been identified by name but is a 29-year-old Native American woman who has been in a vegetative state for over a decade.

Officials of the San Carlos Apache tribe, whose reservation is in southeastern Arizona, said on Tuesday that the woman was an enrolled member of the tribe.

“On behalf of the tribe, I am deeply shocked and horrified at the treatment of one of our members,” tribal chairman Terry Rambler said in a statement obtained by the Associated Press (AP). “When you have a loved one committed to palliative care, when they are most vulnerable and dependent upon others, you trust their caretakers. Sadly, one of her caretakers was not to be trusted and took advantage of her. It is my hope that justice will be served.”

“A person in a vegetative state may open their eyes, wake up and fall asleep at regular intervals, and have basic reflexes, such as blinking when they’re startled by a loud noise, or withdrawing their hand when it’s squeezed hard. They’re also able to regulate their heartbeat and breathing without assistance,” the foundation added.

“None of the staff were aware that she was pregnant until she was pretty much giving birth,” a source told KPHO. “From what I’ve been told she was moaning. And they didn’t know what was wrong with her.”

The source said that the baby was healthy.

According to federal records, the healthcare facility cares for people with a variety of developmental conditions. It has at least 74 patient beds. Like the Native American woman, some patients have been there for 10 years or longer, even decades.

Martin Solomon, a personal injury attorney in Phoenix whose clients are mostly vulnerable adult victims of abuse and neglect, told the AP that the lawyer representing the woman who gave birth should call for all pertinent medical records involving Hacienda.

The lawyer should also ask for a list of current and former employees and any past litigation involving the company, Solomon said.

He said that the company will likely not be able to escape liability if the case is taken to court.

“There’s a lot of information we do not have. But things like this don’t happen without someone either knowing about it or should have known about it,” Solomon said. “Whether it’s an employee or someone from the outside, the facility has an obligation to protect residents.”

Gary Orman, executive vice president of the healthcare’s board, said in a statement that Hacienda “will accept nothing less than a full accounting of this absolutely horrifying situation, an unprecedented case that has devastated everyone involved, from the victim and her family to Hacienda staff at every level of our organization.”

“I want to assure our patients, their loved ones, our community partners, the agencies we do business with, Governor Ducey and the residents of Arizona, we will continue to cooperate with Phoenix Police and the investigating agencies at all levels in every way possible,” said Orman. “And we will do everything in our power to ensure the safety of every single one of our patients and our employees.”

One idea, he said, would be to allow families to install cameras in the rooms of their loved ones, enabling relatives to monitor the rooms remotely.

“You can hook these up through an Internet signal in nursing homes,” Weninger said.