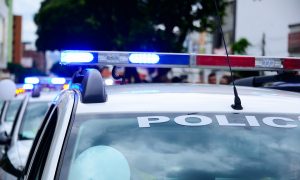 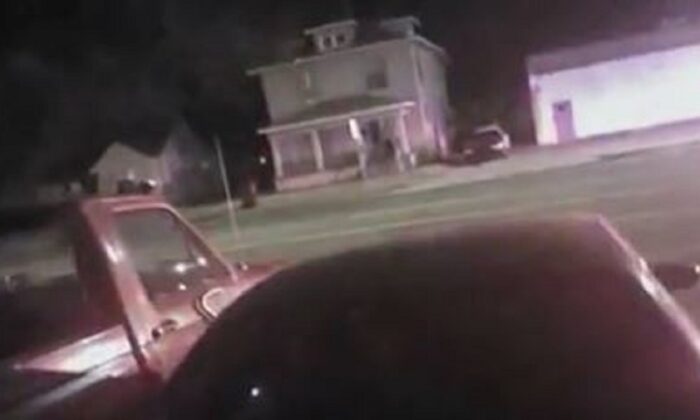 Police officers respond to a house in Wichita, Kansas, in a file image from bodycam footage. (Wichita Police Department)
US News

The family of a man killed after a fake phone call prompted a raid from a SWAT team wants $25 million in damages.

Justin Rapp, a Wichita police officer, shot Finch in the chest, killing him.

In a pretrial order filed by U.S. Magistrate Judge Angel Mitchell, the damages sought are specified as $10.5 million for pain and suffering, $10.5 million for loss of consortium, $2.5 million for lifetime lost earnings, $1.5 million punitive damages against Rapp and Jonker ($750,000 each), and nearly $20,000 in burial and medical expenses.

Two plaintiffs were dropped from the case: Ali Abdelhadi, a friend of the victim who was at the house the night of the shooting, and Adelina Finch, the victim’s niece who was also at the house and committed suicide in January.

Lisa Finch, mother of the victim, told the Star that the lawyer representing the city, Steven Pigg, has added to the pain of losing her child.

“When he deposed me, he traumatized me so bad that I couldn’t get out of bed for four days,” she said. “He kept telling me my daughter committed suicide. He said that to me like 10 or 15 times. My oldest daughter was killed in a car wreck.”

The man who made the fake 911 call that led to a SWAT team descending on Finch’s house pleaded guilty in late 2018.

Tyler Barriss, 25, a Los Angeles resident, pleaded guilty to causing the deadly swatting incident and dozens of similar crimes in which no one was injured.

“Without ever stepping foot in Wichita, the defendant created a chaotic situation that quickly turned from dangerous to deadly,” U.S. Attorney Stephen McAllister said in a statement. “His reasons were trivial and his disregard for the safety of other people was staggering.”

Barriss said he made hoax phone calls that led to Wichita police officers surrounding Finch’s house, thinking a man inside had killed his own father and was holding other relatives hostage.

“A man who came outside to face police, however, had done nothing wrong and did not know about the swatting call. As he stepped onto the porch, police told him to put up his hands. When he unexpectedly dropped his hands, he was shot and killed,” the Department of Justice stated.

Barriss also made fake bomb threats to the FBI headquarters and the FCC in Washington and made fake bomb reports dozens of times to emergency numbers in over a dozen states.

Barriss was sentenced to 20 years in prison in March.