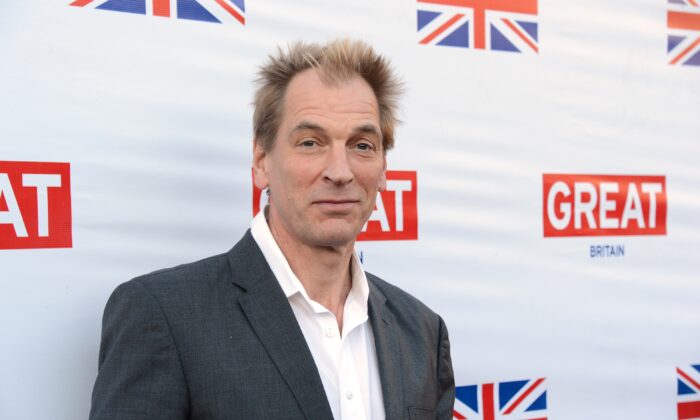 The family of Julian Sands, the British actor who went missing 11 days ago, issued a brief statement to thank Southern California law enforcement officials for their continued efforts.

“Our heartfelt thanks to the compassionate members of the San Bernardino County Sheriff’s Department who are coordinating the search for our beloved Julian, not least the heroic search teams listed below who are braving difficult conditions on the ground and in the air to bring Julian home,” Sands’ family wrote.

“We are deeply touched by the outpouring of love and support,” they added.

The Sheriff’s department replied: “We are reminded of the sheer determination & selflessness of all of the people who have aided in this search. We will continue to utilize the resources available to us.”

Sands’ wife, writer Evgenia Citkowitz, reported her husband missing on Friday, Jan. 13. A large search operation was launched, but has been severely hindered by the adverse weather conditions that began soon thereafter.

The actor’s car was retrieved on Jan. 18. A day later, his three adult children joined the ground search, including Henry, 37, an experienced hiker himself, but they were forced to cease their efforts due to avalanche risk in the area.

On Sunday, the Sheriff’s department announced that high winds prevented the use of helicopters. On Monday, another person was reported missing in the area, 75-year-old Jin Chung. Helicopters and drones equipped with infrared cameras have since resumed their search, but with negative results.

Attempts to ping Sands’ cell phone failed “due to the lack of cell service and most likely cell phone power failure,” the San Bernadino’s Sheriff’s department stated. However, it did allow the rescue operation to determine that Sands was on one of the trails leading to the summit of Mount Baldy. The trail in question, the popular Baldy Bowl trail, is a steep one, climbing 3,900 feet (1,200m) over 4.5 miles (7.2 km) to the highest summit in the San Gabriel Mountains.

It is not the steepest trail Sands has climbed. Last September, the 65-year-old actor shared pictures of himself and his grandson climbing the Weisshorn mountain in the Swiss Alps—according to Alpine Guides “one of the most difficult 4,000m peaks.”

Sands once described his happiest moment as “close to a mountain summit on a glorious cold morning.”

A friend characterized him as a “Byronesque romantic and an adventurer who is drawn to the extremes of nature, relishing the freedom of mountains.”

Through his extensive career, Sands has appeared in more than 150 film and TV projects, portraying a variety of characters. He is best known for his roles in The Killing Fields, A Room with a View, Warlock, and Arachnophobia.