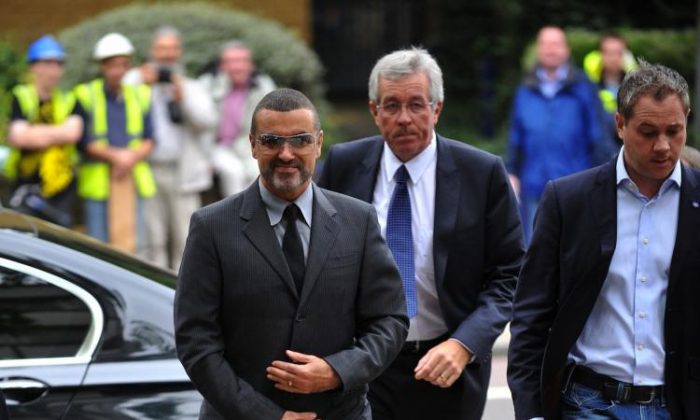 The family of George Michael—a year after his sudden death—posted a tribute to the singer.

Michael’s sisters, Yioda and Melanie, his father, Jack, and his friend, David, wrote a letter on his website explaining that it’s hard living without the singer.

Michael—known for hits like “Last Christmas” and “Faith”—died at 53 years old of heart failure about a year ago as he slept. Reports at the time said that he died of natural causes.

“This year has been a series of new and tough challenges for those of us close and loyal to Yog, not least of which was steeling ourselves this month, to hear ‘Last Christmas’ and ‘December Song’ streaming out of shops, cars, and radios, as it has done for decades, knowing he’s no longer here with us, missing him,” their statement read in part.

“This Christmas will be hard without him, but we know that we are not alone in our mourning the anniversary of his loss, and that the sadness of our wider family, and true friends, is shared by many of you,” it continued.

They used “Yog,” an endearing term for Michael, who was born Georgios Kyriacos Panayiotou.

“Yog, who loved Christmas, and always hoped it would snow … would want each of you that admired and loved him, (yes — he knows you did!!) to take a moment, raise a glass, enjoy his music and think of him fondly, making sure to enjoy your time with, and appreciate your family and friends,” the statement added.

Diana Davies, George Michael’s next-door neighbor, also told the BBC this weekend that she had saved one of his puppies, allowing them to develop a bond.

Remembering George Michael: "What a rich joy to have a star who was there in your early dancing pop-loving days and whose music still gives pleasure and succour and love, decades later" https://t.co/F6UYuwQhXj pic.twitter.com/6Vs65pf40Q

“It was an absolutely abysmal Saturday morning—it was coming down stair rods,” she recalled. “I’d taken my dog for a walk and as I was going along I could see this puppy looking very anxious, about six months old I suppose, running backwards and forwards along the moorings.”

“I recognized her as Meg straight away. She was very distressed as she wasn’t sure where she was, but I managed to grab her, and take her round. She was absolutely sodden,” Davies continued. “I went to the front door but there was no answer, so I went round the back.”

“[George Michael] came rushing down, one shoe on, one off, hopping along, saying ‘we’ve just missed her’. I said ‘your little Meg is here’. He said ‘ooh come in, come in’ but I had so much rain pouring in I said ‘I can’t, I’d better not,'” she said. “He was very glad to see her. He said ‘well I must do something’ so I said ‘I tell you what, if you could be patron of our swan rescue organisation that would be wonderful’.”