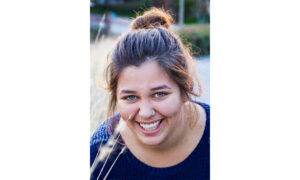 A father, his wife, and two children were found shot dead in a luxury neighborhood in Ohio on Father’s Day, police said.

Nicholas Mavrakis III, 47, Lesley Mavrakis, 37, Ace Mavarakis, 13, and Pippa Mavrakis, 5, died in what police are investigating as a murder-suicide related to a possible domestic incident.

The tragedy occurred on Sunday in their home located in Salerno Street, in Jackson Township.

A relative of Lesley called 911 after getting concerned because no one answered the door and the dogs weren’t barking, according to The Repository.

“I know her husband has like PTSD from the military and he’s been having problems.”

Nicholas Mavrakis served 20 years in the Army from 1993 to 2013 and was deployed to the Middle East three times, one of them was shortly after the Sept 11 attacks.

One of the neighbors told The Repository that Nicholas and Lesley were “always very cordial to me.”

“The Jackson Local School District extends its sincerest sympathy to all those affected by the tragedy in our community Sunday afternoon,” Superintendent Chris DiLoreto said. “Our district grieves the loss of two young children, and their family.”

“Ace Mavrakis was well-liked by faculty and staff at Jackson Memorial Middle School. He was a member of the Jackson High School ninth-grade football team. Pippa Mavrakis was registered to start kindergarten at Strausser Elementary School in August.”