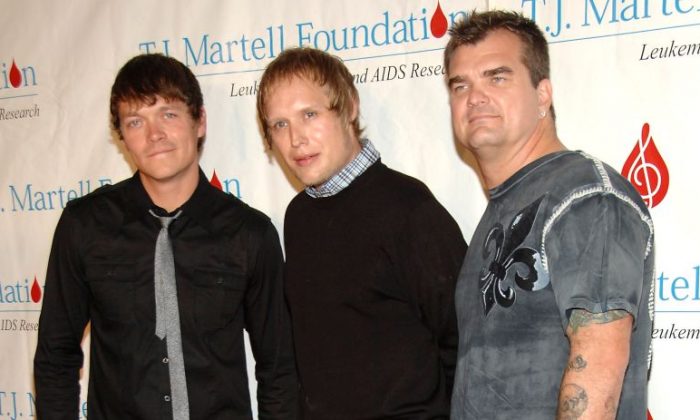 The family of the late 3 Doors Down guitarist Matt Roberts filed a lawsuit against an Alabama doctor, saying he helped fuel the guitarist’s drug addiction.

Roberts, 38, was found dead in August 2016 of a drug overdose in a hotel outside Milwaukee. He was slated to perform at a charity concert.

The suit takes aim at Rite Aid, among others https://t.co/voPvLyJo5h

In the lawsuit, his family alleges that Dr. Richard Snellgrove started giving him high levels of opioids starting in 2006 and did so for about a decade until his death, AL.com reported.

They also filed a lawsuit against Rite Aid. It was filed in the Baldwin County Circuit Court in Alabama.

Snellgrove was indicted on six counts of illegal drug distribution in relation to Roberts’ death in a case slated to start in May 2018.

“The estate claims Snellgrove’s the one who prescribed high levels of opioids and benzodiazepines to Matt for years prior to his death. The suit claims Snellgrove has already been indicted in Alabama for Matt’s death. The estate also faults Rite Aid for failing to comply with the Controlled Substances Act,” according to TMZ.

“Commencing litigation is an important step toward holding these individuals and entities responsible for their role in Matt’s death,” a press release from Joey Dumas, an attorney for the Roberts family, said.

The lawsuit said that Rite Aid should have reported Roberts to the Drug Enforcement Agency or another agency, the Alabama Board of Pharmacy.

An attorney for Snellgrove released a statement to The Associated Press.

Roberts’ father Darrell told CNN: “I know he had prescription drug addiction. He suffered greatly from anxiety; he never liked crowds or liked places he didn’t know about as a baby, as a child, and this was his way of dealing with it and me and him talked about it often. I thought he had beaten it all.”

On Aug. 20, 2016, Roberts was found dead in a hotel hallway in West Bend, Wisconsin. His guitar case was beside him, AP reported.