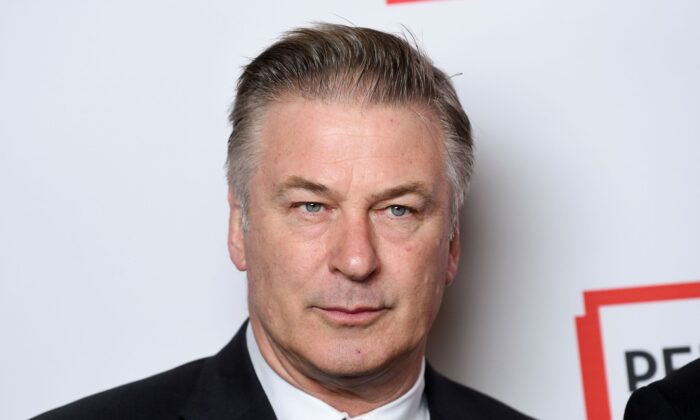 Actor Alec Baldwin attends the 2019 PEN America Literary Gala at the American Museum of Natural History in New York City, on May 21, 2019. (Evan Agostini/Invision/AP)
US News

Family of Fallen US Marine Suing Alec Baldwin for $25 Million

The family of a fallen U.S. Marine filed a lawsuit against Alec Baldwin for $25 million for allegedly mislabeling his sister as a participant in the Jan. 6 Capitol breach.

Baldwin, 63, is named in the lawsuit that alleged he defamed the sister of U.S. Marine Lance Cpl. Rylee J. McCollum, one of several soldiers who were killed during a suicide bomb attack in Afghanistan in August 2021. Baldwin initially reached out to McCollum’s sister, Roice, asking her to give a check for $5,000 to Rylee’s widow, according to court papers (pdf).

After the two made contact, Roice posted a photo of herself at the Washington Monument in Washington, D.C., during protests on Jan. 6, 2021. According to the court documents, Baldwin sent several direct messages to Roice and accused her of being a “rioter” and partaking in the “unlawful destruction of government property.”

“When I sent the $ for your late brother, out of real respect for his service to this country, I didn’t know you were a January 6th rioter,” Baldwin allegedly wrote to Roice on Instagram on Jan. 3 of this year, the documents said. “Protesting is perfectly legal in the country and I’ve already had my sit down with the FBI. Thanks, have a nice day!” Roice allegedly responded.

“I don’t think so. Your activities resulted in the unlawful destruction of government property, the death of a law enforcement officer, an assault on the certification of the presidential election,” Baldwin allegedly said in his response to her. “I reposted your photo. Good luck.”

The actor then posted the photo to his 2.4 million Instagram followers, referring to Roice as an “insurrectionist.” The lawsuit said that she was nowhere near the Capitol breach on Jan. 6 and was “stuck in place outside the Capitol Building next to multiple police officers for hours after the rioting began due to the fact that so many people were around her and the area had been locked down.”

Baldwin also wrote in a post: “I did some research. I found, on [Instagram], that this woman is the brother [sic] of one of the men who was killed. I offered to send her [sister-in-law] some [money] as a tribute to her late brother, his widow, and their child. Which I did. As a tribute to a fallen soldier. Then I find this. Truth is stranger than fiction.”

The documents further said that a neighbor reported Roice to the FBI. The federal law enforcement agency cleared her of wrongdoing, the court filing, dated Jan. 19, further said.

According to the court filing, Roice and her family claim they were bombarded by hateful messages after Baldwin made the post. The court filing further stipulated that Baldwin continued to call Roice a “rioter” and “insurrectionist” in comments on Instagram.

“Baldwin’s conduct was negligent and reckless as he should have known that making the allegations he did against plaintiffs to his millions of followers would cause plaintiffs harm,” the court documents, which were filed in the U.S. District Court for the District of Wyoming.

Baldwin also made note of the online vitriol against Roice McCollum, the lawsuit further said.

“There are hateful things toward you that are wrong,” the actor allegedly wrote. “Irony was my point. The irony of sincerely wanting to honor your brother and the fact you are an insurrectionist.”

Baldwin’s representatives have not issued a public response to the lawsuit. The Epoch Times has contacted a spokesperson for comment.