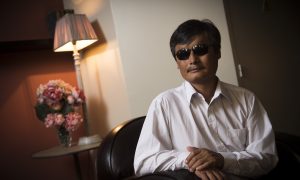 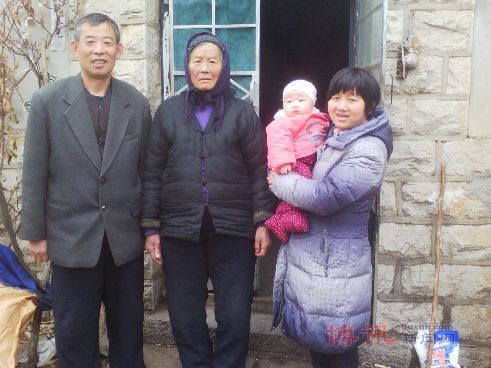 In the negotiations leading up to Chinese human rights lawyer Chen Guangcheng’s arrival in the United States, one of the conditions was that Chinese authorities stop harassing his family in China. But that has been far from the facts.

During Chen’s house arrest and while he was escaping to the U.S. Embassy in Beijing, his family members were routinely subjected to police interrogation, surveillance, and even beatings.

In November 2012, Chen’s nephew, Chen Kegui was sentenced to three years in prison for attacking, in self-defense, a group of local security police officers who broke into his home. In May this year, Chen Kegui was denied medical treatment for acute appendicitis. Prison authorities refused to relocate him to a prison hospital. When Chen Kegui’s father Chen Guangfu (the lawyer’s elder brother), applied for medical leave for his son. Chinese authorities denied the request.

Since Chen Guangcheng’s testimony before the U.S. House Foreign Affairs Subcommittee in April, his family has increasingly faced harassment, including death threats and stones thrown at their house.

Last week, Chen’s mother, Wang Jinxiang had her Social Security payments and phone line cut abruptly—despite Chinese authorities having recently processed her and Chen Guangfu’s passport applications after months of deadlock, allowing them to apply for visas to visit Chen in the United States.

U.S. Congress members have taken action to put pressure on Chinese authorities to stop the harassment of the Chen family. On May 10, eight Congress members signed a letter addressed to the Secretary of State John Kerry with suggestions on how to pressure the Chinese regime, including denying U.S. visas to Chinese officials who have been involved in the persecution of Chen Guangcheng’s family.