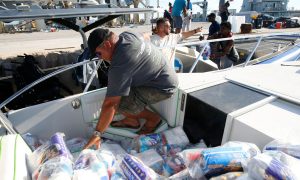 Bahamas PM Says If US Had Not Intervened, Deaths Due to Dorian 'Would Be Even More'
0
Share Now
TelegramFacebookTweetEmailTellMeWeReddit
Copy Link 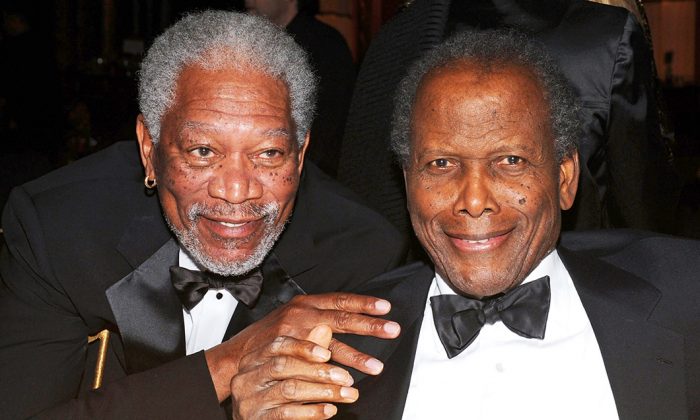 More than a dozen family members of a renowned American actor are missing after a category five storm devastated the Caribbean on September 1.

The whereabouts of more than 23 extended family members of Sir Sidney Poitier, 92, remains unknown after Hurricane Dorian devastated the Bahamas.

Nephew and film producer Jeffrey Poitier, 66, has not heard from several of his relatives who live in Freeport, 132 miles northwest of Nassau.

Jeffrey confirmed with the Daily Mail he has been unable to contact his adult children and his sister Barbara Poitier.

“We still couldn’t find anyone, nor have we heard from them,” he told the publication. “We are still looking for and waiting for them to appear soon; it has us all worried.”

Jeffrey revealed he had previously tried many times to contact his family members in different ways without success.

“We are trying to reach out to them using every means available to us, but we are not hearing anything,” he said. “We are deeply worried.”

The United States is assisting the Bahamas government with search and rescue efforts.

The United States Coast Guard (USCG) confirmed with the Associated Press (AP) it had rescued 290 people in the Bahamas following the hurricane. Six MH-60 Jayhawk helicopters are continuing to search for and rescue survivors, while nine cutters are also helping.

They are still trying to reach some communities that have been isolated by floodwaters and debris and have confirmed at least 43 deaths.

Meanwhile, the United Nations is arranging eight tons of food supplies to be shipped to the Bahamas, including 14,700 ready-to-eat meals as well as logistical and telecommunications equipment.

….that were not hit – and that are in good condition. Any cruise ship companies willing to act as stationary housing, etc., I am sure would be appreciated!

However, Bahamas Prime Minister Hubert Minnis revealed more deaths are likely to be confirmed as the search and rescue effort continues.

“We acknowledge that there are many missing and that the number of deaths is expected to significantly increase,” he said according to the Daily Mail. “This is one of the stark realities we are facing in this hour of darkness.”