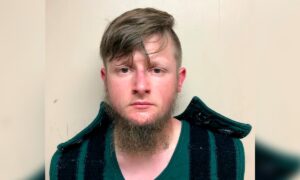 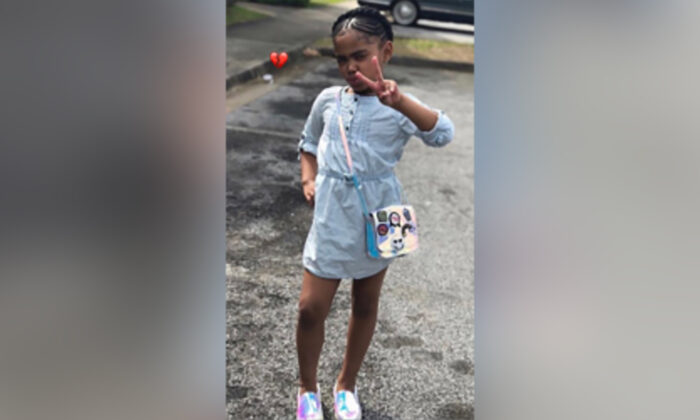 Secoriea Turner in a file photo. (Handout via CNN)
US News

The family of an 8-year-old girl who was killed by armed individuals in the midst of Black Lives Matter protests in Atlanta last year sued the city, Mayor Keisha Lance Bottoms, and others; arguing that city leaders failed to protect the child.

Secoriea Turner, the girl, was shot and killed on July 4, 2020, while riding in a car with her mother before they encountered a group of armed vigilantes who, according to reports, appeared to be affiliated with Black Lives Matter protesters near a Wendy’s restaurant that was burned down during riots following the officer-involved death of Rayshard Brooks.

After Brooks’s death, demonstrators erected barriers and set up a camp near the Wendy’s, and police said last year that a group of armed men stopped the car Secoriea was riding in and opened fire. Similar “autonomous zones” were set up in Washington D.C., Seattle, and Portland last year following the officer-involved death of George Floyd in Minneapolis, which sparked nationwide unrest, riots, and demonstrations.

Secoriea’s family, in a lawsuit filed in the Fulton County State Court, claimed that Bottoms, Atlanta Police Chief Rodney Bryant, and Atlanta City Councilmember Joyce Sheperd allowed vigilantes to roam the streets and linked the young girl’s death to their alleged negligence, according to the family’s lawyers. Wendy’s International was also named in the suit.

“Secoriea should be here. None of what we’re doing will ever bring our baby back. Her life is priceless,” Charmaine Turner, the mother of the child, said during a news conference this week. “We deserve justice. Someone needs to be held accountable.”

A lawyer for the family, Harold Spence, alleged that Bottoms directed the “police department to stand down in the face of armed vigilantes” taking over the area where the child was shot. When the city decided to allow demonstrators to take control of the city street, it led to the girl’s shooting death, said lawyer Mawuli Davis.

“They knew that there were armed vigilantes blockading a public street and they took no action to rid the citizens of Atlanta of this menace and of this dangerous circumstance and situation. Because of it, Secoriea Turner, an 8-year-old, was murdered,” Davis said, reported WSB-TV. “We have learned that there were memos sent to the police department, not to provide services in that area.”

Julian Conley, 19, was charged with aggravated assault and felony murder in July in connection to the girl’s death. Conley has denied that he fired the shots but admitted he was armed.

“They say black lives matter,”  Secoriya Williamson, her father, said at the time. “You killed your own this time … You killed a child. She didn’t do nothing to nobody.”

“She was only 8 years old,” her mother said. “She would have been on TikTok dancing on her phone, just got done eating. We understand the frustration of Rayshard Brooks. We didn’t have anything to do with that. We’re innocent. My baby didn’t mean no harm.”

Bottoms’ office and Wendy’s have not responded to a request for comment.

“The murder of Secoriea Turner, as a result of senseless gun violence, is a tragedy that no family should have to endure,” a spokesperson for the city said in a statement to news outlets on Monday. “Due to the anticipated litigation, the City will offer no further comment, at this time.”

The officer involved in the shooting of Brooks, Garrett Rolfe, was reinstated earlier this year after he appealed his firing. Bodycamera footage showed Brooks struggling with officers who responded to a call about Brooks having parked his vehicle in the Wendy’s drive-thru. Brooks is then seen grabbing an officer’s Taser before firing it at Rolfe three times—prompting Rolfe to fire his service weapon three times, killing Brooks.