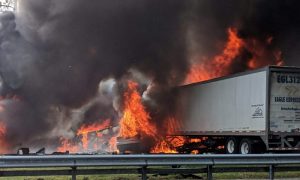 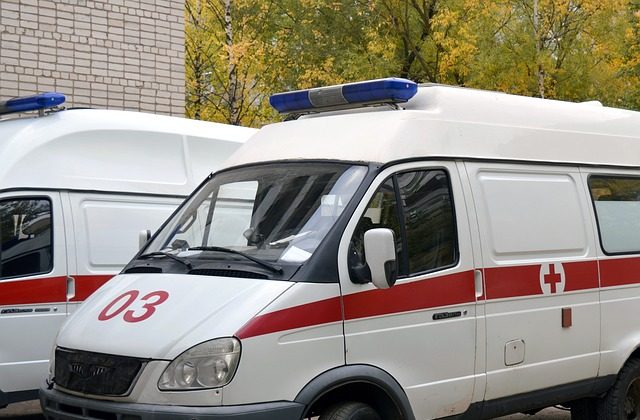 A stock photo shows an ambulance (Pixabay)
Crime and Incidents

Family of 5 Killed by Wrong-Way Driver on Kentucky Interstate: Police

A family of five from Michigan died in a wrong-way crash in Kentucky on Jan. 6, it was reported.

A white pickup truck was traveling the wrong direction on Interstate 75 when it crashed into an SUV head-on, said Lexington officials.

The driver of the truck, who also died in the crash, was identified as a 41-year-old resident from Georgetown, said police.

Video footage and photos uploaded online shows both the SUV and truck engulfed in a large fire along the highway.

The Fayette County Coroner in Lexington identified those killed as Issam Abbas, 42; his wife, Dr. Rima Abbas, 38; and their children. They were named as Ali Abbas, 14; Isabella Abbas, 13, and Giselle Abbas, 7, reported the Detroit Free Press.

The truck driver was identified as Joey Lee Bailey, and the coroner’s office said Bailey was believed to be driving under the influence, the report said.

The City of Dearborn, Michigan, sent its condolences to the Abbas family.

The city “sends its condolences to the Abbas Family on the tragic loss … Please keep them, their families, and friends in your thoughts and prayers,” according to an Instagram post.

Kentucky State Police say the crash occurred about 5:40 p.m. Saturday on U.S. Highway 27 at Sutton Lane. Troopers say a pickup truck was pulling out from Sutton when it was struck by a minivan that was headed southbound on U.S. 27. https://t.co/MWPuKTGNPI

Dr. Rima Abbas is listed as specializing in family medicine and works at the Beaumont Medical Center in Garden City, according to Beaumont’s website. It said she graduated from Wayne State University in Michigan in 2006.

The accident took place on the interstate near the 107-mile marker, Lexington Police told ABC News.

Officials are still trying to determine how the crash took place.

A portion of I-75 in Lexington, Kentucky is shut down after a fiery crash. No word on injuries. https://t.co/Sv9pCTEK3p

Anyone with information on the crash can call the Lexington Police Department’s collision reconstruction unit at 859-258-3663.

Anonymous tips, photos, and videos can be sent by texting 274637.

Information can be sent to the Bluegrass Crime Stoppers at 859-253-2020 or www.bluegrasscrimestoppers.com.

Other details about the accident were not released by police.

Traffic deaths in the United States fell 3.1 percent in the first six months of 2018, according to preliminary figures released in October, Reuters reported. The National Highway Traffic Safety Administration said that 2017 traffic deaths fell by 1.8 percent to 37,133 after traffic deaths rose sharply in the previous two years, according to final figures.