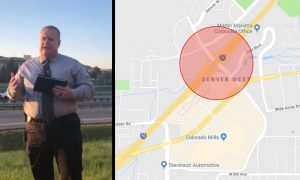 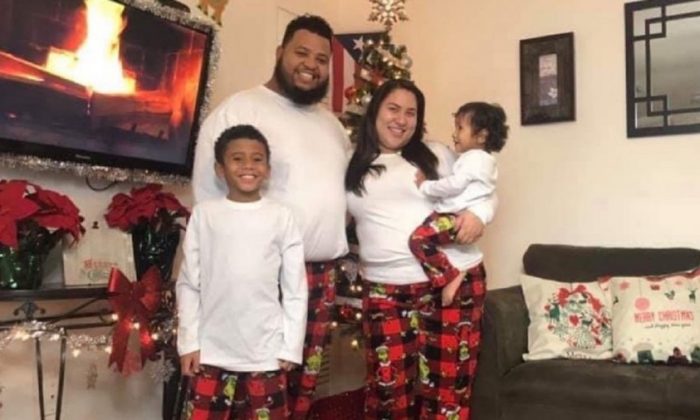 A California family was killed in a car crash on May 26, 2019. (Funeral services for Alondra, Samuel, and children/GoFundMe)
Crime and Incidents

A family of four, including two children aged 2 and 7, and a pregnant woman, were killed in a car crash in Merced County near Los Banos, California, over the Memorial Day weekend, authorities said.

They were identified by a relative as Samuel Soto, 40, his girlfriend Alondra Lara, 22, their two children Nicholas and Diego Soto, 9 and 2 respectively, and Lara’s unborn child. She was six months pregnant, KABC reported.

According to a family friend, who set up a GoFundMe fundraiser, Lara’s parents and siblings were in another car behind the vehicle and witnessed the crash.

“This tragic and traumatic event has affected multiple families in a devastating way,” the friend wrote.

The driver—a 40-year-old man—reportedly lost control of his 2017 Nissan Altima while driving east, which caused him to cross into the westbound lane and onto a dirt shoulder before crashing into a tree.

The entire family of four died at the scene.

Three of the passengers were reportedly wearing seat belts and the 2-year-old was strapped in his car seat. The pregnant woman was not wearing her seat belt at the time of the crash, according to a press release from the CHP.

The scene was scattered with fragments of the wreckage, including broken glass, a taillight, and a car seat latch.

“It appears speed wasn’t that big of a deal because witnesses were saying 65 maybe 75 miles an hour,” she said.

According to witnesses, the impact of the crash was so severe, the vehicle was sliced in half as it slammed into the tree.

Just before the crash, witnesses told the CHP they saw the vehicle weaving slightly as it traveled eastbound on State Route 152.

The car then veered off the road and crossed into the westbound lane before colliding with the tree.

All four members of the family, who were from Pomona, Southern California, died instantly, ABC30 reported.

A family member who witnessed the horrific crash from another vehicle hung a rosary on the tree.

The family had reportedly been traveling home after a trip to the Bay Area.

According to the CHP, over the holiday weekend this year, more than a dozen people have been killed in crashes.

Three family members — including a 4-year-old girl — were all killed when their vehicle was T-boned by a drunk drive while on a Memorial Day weekend trip to Niagara falls, authorities say. https://t.co/3ubYxl3jK4

Within the first six hours of the Memorial Day weekend, eight people had died in a crash, the agency said, with an additional 10 deaths confirmed by Sunday afternoon.

Of those killed, more than half were not wearing seat belts at the time, according to officials.

You’re more likely to die in a fatal crash Memorial Day weekend than any other holiday https://t.co/N44BltbtYZ

The news comes as Memorial Day was named last week as the holiday weekend with the highest number of fatal car crashes, according to a report by ValuePenguin, which examined data between 2011 and 2015 from the Fatality Analysis Reporting System.

The woman killed along in a wrong-way crash on M-14 on Saturday grew up in Detroit and was on her way to visit her mother with her family for Memorial Day weekendhttps://t.co/YXP2D6GoP8