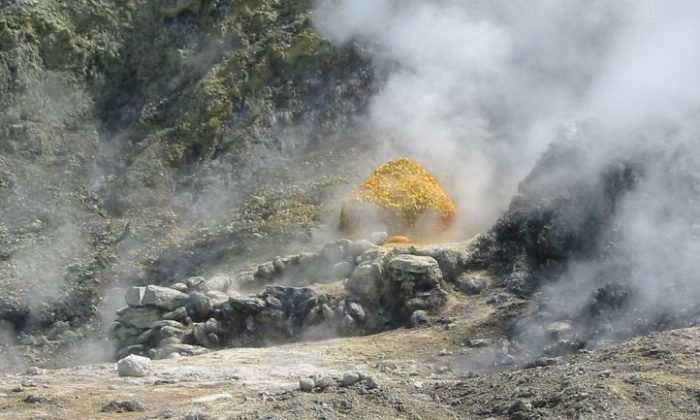 Family of 3 Die After Falling Into Italian Volcano

A family of three reportedly died after falling into a volcanic crater near Naples, Italy, it was reported this week.

The parents tried to rescue their 11-year-old boy after he slipped and fell into the Solfatara Crater in Pozzuoli. He reportedly entered an off-limits area.

According to the BBC, when his parents tried to pull him to safety, the crater’s ground collapsed and they fell 5 feet. It’s not clear if they died of the gas fumes.

His 42-year-old mother and 45-year-old father then fell in, according to Italian news agency ANSA.

The couple’s second son, 7, managed to escape to safety.

“I’ve been here for forty years and such an accident has never happened,” Armando Guerriero, owner of a nearby bar, told ANSA.

“We tried to calm him, of course he was very shocked,” he said of the 7-year-old boy who escaped.

A local worker who was near the accident, Diego Vitagliano, told the BBC that it was “the worst thing he had seen in his life.”

The Independent reported that the family is from Turin in northern Italy.

Emergency crews were called to the scene, but they were not able to save the family.

Other details about the incident were unclear.

Solfatara is a shallow volcanic crater at Pozzuoli close to Naples and part of the Campi Flegrei volcanic area. It is a dormant volcano, but it still emits jets of steam that contain sulfurous fumes.

Its name comes from Latin term, “Sulpha terra,” or “land of sulfur,” or “sulfur earth.”

The site was formed around 4,000 years ago and last erupted in 1198. The vapors around the site have been used for medical purposes since ancient Roman times.

In Roman mythology, it is the purported home of Vulcan, or Hephaestus—the god of fire, blacksmiths, and metalworking.