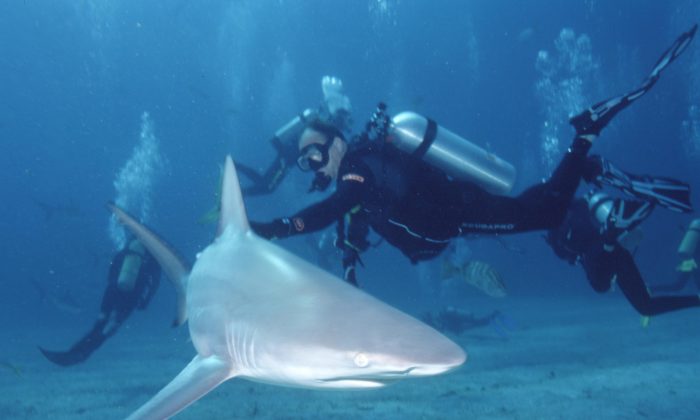 A diver interacts with a blacktip shark. (Albert Kok/Public Domain)
US News

Family of 21-Year-Old Woman Killed by Sharks Speaks Out: ‘No One Jumped In’

The family of a California woman who was killed by three sharks in the Bahamas said the tour company provided no help and called on other visitors to be more cautious.

“Although nothing can change the outcome of the tragedy we’ve suffered, our hope in speaking out is that mandatory safety measures are put in place, so this is less likely to happen again,” the statement read, reported Today.com.

The family called on travelers to make certain that companies have “basic safety measures or first aid equipment in place.”

“When we booked the Sandy Toes Day Excursion to Rose Island, we assumed they would have procedures in place to help in the event of an emergency,” Lindsey’s family wrote.

Meanwhile, after the attack, they said there “was no medical attention provided to Jordan,” adding that the tour company allegedly had “no first aid kit—no basic supplies for any type of injury.”

The family said there were no guides or staff from the tour company Sandy Toes in the water with them while they were snorkeling, reported The Associated Press. What’s more, People magazine reported, no Sandy Toes employees entered the water when she was attacked.

“No one jumped in,” the Lindsey family said, according to People magazine. “Shockingly, no staff mobilized to assist in any way. As [Kami] swam to Jordan and told Jordan to try to swim toward her, she thought certainly a boat would come to whisk them out of the water and harm’s way, but that did not happen.”

The victim’s father, Michael Lindsey, told ABC News that at least three sharks attacked Jordan while she snorkeled with her mother near Rose Island.

“She said it happened so fast, and no one yelled anything. My wife got to Jordan and pulled Jordan to shore by herself. The medical staff said they still had to do an autopsy. My wife said no one told her there were three sharks,” he said.

Family of 21-Year-Old Killed by Sharks in Bahamas Speaks Out: ‘No One Jumped in’ to Help https://t.co/eqPcYQQQTM

In a statement, Sandy Toes said it “would once again like to extend our deepest and sincerest condolences to the family and friends of Jordan Lindsey who recently passed away as a result of a shark attack in waters near Rose Island in The Bahamas,” Newsweek reported.

But it disputed the family’s account of what had happened.

“All reasonable steps were taken to prevent this very unfortunate incident and our staff responded swiftly and in line with our emergency protocols and procedures,” the company added. “We continue to pray for the Lindsey family and all those who have been impacted by this tragic occurrence.”

The Sandy Toes website says customers have to sign a waiver, adding that the company “is not responsible for any personal property or injury to guests while on the excursion.”

“Guests will be required to sign a waiver to participate,” it says. “Sandy Toes is not responsible for any credit card or bank fee charges.”