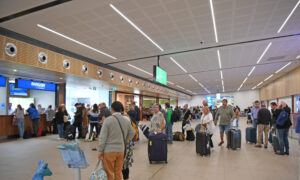 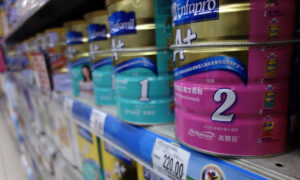 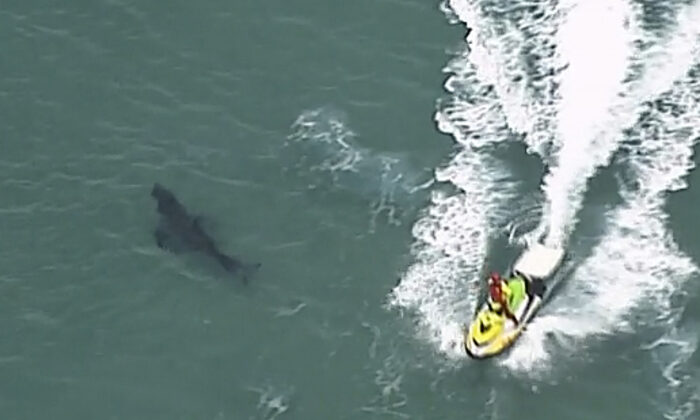 A jet ski passes over a shark swimming along the coast of Kingscliff, New South Whales, Australia, on June 7, 2020. (ABC/CH7/CH9 via AP)
Australia

The grandfather of a 10-year-old boy who was ripped from a fishing boat by a shark in north west Tasmania says it took his family some time to process what happened.

Lucas Arnott is recovering in hospital after the bizarre attack about five kilometres off the coast of Stanley in the state’s north west on July 19.

His dad John jumped in the water, scaring the shark away.

“He did a fantastic job. I’m his father and I would say he did (save his life),” Lucas’s grandfather David Arnott told reporters on Sunday.

“Those who know John would know he’s a great family man. It’s what I would expect of any of my children.”

Lucas underwent surgery on Friday night after suffering cuts to his arm, chest and head and is in a stable condition at Launceston General Hospital.

Bystanders in Stanley, which has a population of a just few hundred people, gave Lucas first aid on shore before paramedics arrived.

“Thank you to all those wonderful staff who have looked after him,” Arnott said.

Arnott said Lucas was standing at the side of the boat when he was attacked and reports the group were cleaning fish at sea and using berley were wrong.

“Fishing has always been a big part of our family’s life,” he said.

“We understand the nature of the sea and the potential dangers.”

The CSIRO is planning to take photos of Lucas’s life jacket and the boat to try to figure out the species of shark involved, Arnott said.

“Hopefully we will get some answers back.”