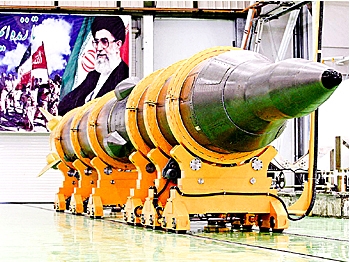 HIDDEN BOMBS: A picture shows the new medium-range surface to surface missile, named Sejil-2, at an undisclosed location in Iran prior to its test-firing on May 20, 2009. (AFP/Getty Images)
International

Iranian Defector and Family Given Shelter

Epoch Times Staff
View profile
Follow
biggersmaller
Print
A former Iranian consul, Mohammed Reza Heydari, was granted political asylum in Norway after resigning last month from his office. He had quit in dissent after a crackdown on protesters who disputed the results of the last year's presidential election. Eight people were killed in December in the most serious clash between security forces and demonstrators since a series of demonstrations began in the aftermath of the June presidential election. The government has been accused of manipulating the election to secure President Mahmud Ahmadinejad's re-election. Heydari went into hiding along with his family after he resigned from his office and was in "fear for his life." The ruling party has claimed that his defection is part of a Western-orchestrated plot to overthrow Islamism.