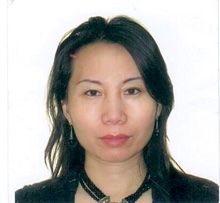 Family, Friends of Canadians Detained in China Ask Trudeau to Request Their Release

With Prime Minister Justin Trudeau set to travel to China on Dec. 3, family and friends of Canadians currently detained in China are asking him to request their release during his visit.

On Nov. 27, the Falun Dafa Association of Canada (FDAC) issued a letter to the prime minister asking him to urge the Chinese leadership to release Canadian citizen Sun Qian, along with 12 family members of Canadians incarcerated in China because they practise Falun Dafa, also called Falun Gong, an ancient Chinese meditation discipline that is persecuted by China’s communist regime.

Vancouver-based Sun is the founder of the multi-billion dollar company Beijing Leadman. She started practising Falun Dafa in 2014 and credited it with helping her recover from chronic health conditions. On Feb. 19, over two dozen police broke into her residence in Beijing and took her away, and she has been detained ever since.

According to FDAC, Sun is being held at the Beijing First Detention Centre and has suffered torture during her captivity. “In May, she was shackled, handcuffed, continuously pepper sprayed in the face,” says FDAC.

“During every genocide in history, it was the great men and women who helped to create an international voice to try to stop the atrocities,” reads FDAC’s letter to Trudeau.

“We hope you can be one of these great people and join the voices of support to show Canada’s deep concern for human rights by speaking out for Falun Gong, the largest and most violently persecuted group in China’s recent history.”

On Nov. 29, Green Party Leader Elizabeth May presented petitions in Parliament in support of freeing Sun Qian, noting the appropriate timing of her presentation given Trudeau’s upcoming visit to China.

“The petitioners are asking this House to consider the plight of the practitioners of Falun Dafa … in China, and particularly of Canadian citizen [Sun Qian], who was illegally kidnapped, and hoping the prime minister will indeed raise the issues of human rights in his upcoming visit.”

‘Before it’s too late’

Amy Chang, daughter of Canadian winery owners John Chang and Allison Lu who were detained in China last year over a customs issue, also wrote a letter to Trudeau on Nov. 27 asking him to help free her parents “who are still being detained illegally in China.”

John Chang is still in prison, while Lu has had her passport seized and is thus unable to leave China.

“I’m only 24 years old. For the last 20 months, I’ve been working around the clock to help my parents, while at the same time trying to run our family’s wineries that employ over 60 people in British Columbia and Ontario. I need for my parents to come home now!” Chang wrote.

Chang says her father’s hearing was held in May, 14 months after his arrest, but still no decision was handed down.

“Something has to be done before it’s too late,” she wrote.

In Parliament on Nov. 29, Conservative MP Dean Allison asked Trudeau to raise the case with the Chinese authorities.

“We need to bring John and Allison home,” he said.