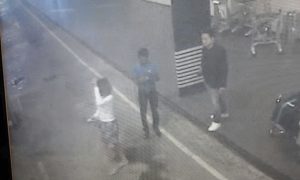 Woman Arrested in Killing of N. Korean Leader's Half Brother
0 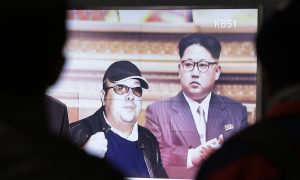 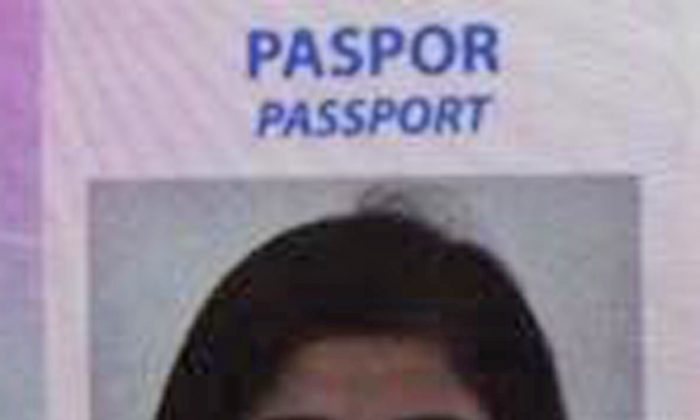 This photo from Indonesian news portal Kumparan obtained on Thursday, Feb. 16, 2017 shows the portrait on the passport of Siti Aisyah, 25, an Indonesian woman suspected to be involved in the killing of the North Korean leader's half brother at Kuala Lumpur Airport on Monday, Feb. 13. Indonesian diplomats in Malaysia have met with the woman and confirmed she is an Indonesian citizen, officials said Thursday. (Kumparan via AP)
International

JAKARTA, Indonesia—Family and former neighbors of the Indonesian woman suspected of involvement in the audacious killing of the North Korean leader’s half brother in Malaysia are stunned by the arrest of the young mother who they say was a polite and quiet “nice girl.”

Siti Aisyah, 25, is one of three people arrested so far by Malaysian police for possible involvement in the apparent assassination of Kim Jong Nam.

Between 2008 and 2011 she and her then-husband lived in a modest dwelling with flaking red paint in a narrow alley of the densely populated Tambora neighborhood in western Jakarta.

Her former father-in-law Tjia Liang Kiong, who lives in a nearby middle-class neighborhood and last saw Aisyah on Jan. 28, described her as a “very kind, polite and respectful person.”

“I was shocked to hear that she was arrested for murdering someone,” he said. “I don’t believe that she would commit such a crime or what the media says—that she is an intelligence agent.”

Woman Arrested in Killing of N. Korean Leader’s Half Brother

The three suspects—Aisyah, a woman carrying a Vietnamese passport and a man said to be Aisyah’s Malaysian boyfriend—were arrested separately Wednesday and Thursday.

The women were identified using surveillance videos from Kuala Lumpur International Airport, where Kim Jong Nam suddenly fell ill Monday morning. Malaysian officials said he died on the way to a hospital after telling medical workers at the airport that he had been sprayed with a chemical.

Multiple South Korean media reports, citing unidentified sources, said two women believed to be North Korean agents killed him with some kind of poison before fleeing in a taxi.

News of Aisyah’s arrest has captivated Indonesia’s scandal-and-mystery loving media, with some outlets characterizing her as a spy.

“Oh my God, how can I believe it,” said Aminah, a housewife who is one of Aisyah’s former Tambora neighbors.

“She’s very nice with all the people here, she’s so naive. How she can kill a great man? No way, it’s impossible,” said Aminah, who uses one name.

Aisyah’s mother, Benah, said by telephone that the family comes from a humble village background and has no ability to help her.

“Since we heard that from the television, I could not sleep and eat. Same as her father, he just prays and reads the holy Quran. He even does not want to speak,” said Benah. “As villagers, we could only pray.”

Indonesia’s Vice President Jusuf Kalla said Aisyah probably had been manipulated. He told reporters he believed she was not aware that she was participating in a murder.

“From the information we have received and also what was circulating in the media, what has happened in Kuala Lumpur is Kim Jong Nam and Aisyah were victims. Aisyah was a victim of some sort of manipulation or fraud,” Kalla said.

Indonesian Immigration spokesman Agung Sampurno said Aisyah had traveled to countries besides Malaysia since 2014 but he did not elaborate.

Aisyah, according to Kiong, had only completed junior high school and moved to Malaysia with her husband in 2011 to seek a better life after the garment-making shop they ran from their home went out of business. The couple left their nearly 2-year-old son in Jakarta, who has been raised by Kiong and his wife since then.

Malaysia, which is approaching developed-nation income levels, is a magnet for millions of Indonesians, who typically find work there as bar hostesses, maids and construction and plantation workers.

A year after leaving Indonesia, Aisyah returned to Jakarta and told Kiong she wanted a divorce from his son because he’d changed and the marriage had become unhappy. Kiong said his son gave a different account: Aisyah was having an affair with a Malaysian man.

The divorce was finalized in 2012 and Aisyah told Kiong she was living with her parents in Serang in Banten province that neighbors Jakarta and working in a shoe store. A few months later she was on the move again, telling Kiong she was working in a clothing shop on Batam, an Indonesian island near Singapore and Malaysia.

At their last meeting in late January when Aisyah visited her son, Kiong thought she looked very slim and when his wife asked if she was sick, Aisyah said she’d had a respiratory illness.

Indonesian immigration said on Thursday that Aisyah entered Malaysia on Feb. 2 by ferry from Batam.

Rahmat Yusri, head of the neighborhood where Aisyah lived, did not believe she could commit murder.

“I was so surprised when I heard that because I knew her well,” Yusri said. “I did not believe it because she is an innocent, a quiet woman who came from a village.”