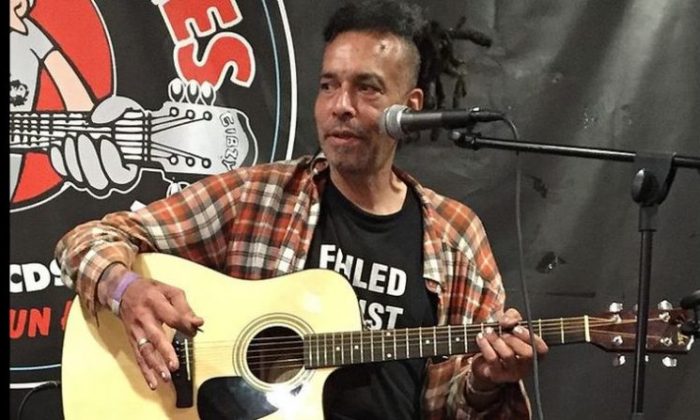 Chuck Mosley, the former lead singer of Faith No More, died at 57, according to reports.

His family confirmed Mosley’s death, and they said that he died from complications from “the disease of addiction.”

“After a long period of sobriety, Charles Henry Mosley III lost his life, on Nov. 9, 2017, due to the disease of addiction,” the statement reads, according to the Guardian. “We’re sharing the manner in which he passed, in the hopes that it might serve as a warning or wake up call or beacon to anyone else struggling to fight for sobriety.”

Mosley was Faith No More’s singer from 1984 and 1988, appearing on “We Care A Lot” and “Introduce Yourself.” He was fired by the band and replaced by singer Mike Patton.

“There was a rough patch the first couple of years,” Mosley said of the band’s initial split. “We were talking in friendly terms as early as 1990. Five years ago, they invited me up onstage in San Francisco. It has all been good for a long time.”

“He is survived by long-term partner Pip Logan, two daughters, Erica and Sophie and his grandson Wolfgang Logan Mosley. The family will be accepting donations for funeral expenses,” the family’s statement said, according to Rolling Stone magazine.

Faith No More also issued a statement on his death.

The band members said: “It’s with a heavy, heavy heart we acknowledge the passing of our friend and bandmate, Chuck Mosley. He was a reckless and caterwauling force of energy who delivered with conviction and helped set us on a track of uniqueness and originality that would not have developed the way it had had he not been a part. How fortunate we are to have been able to perform with him last year in a reunion style when we re-released our very first record. His enthusiasm, his sense of humor, his style and his bravado will be missed by so many. We were a family, an odd and dysfunctional family, and we’ll be forever grateful for the time we shared with Chuck.”