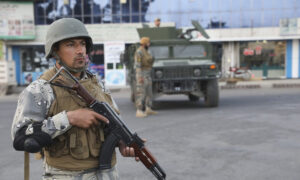 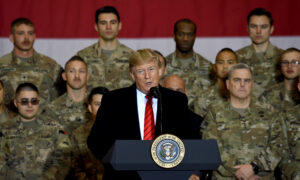 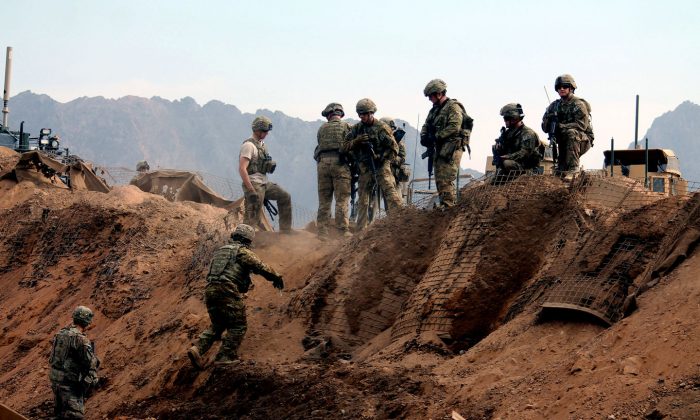 U.S. soldiers inspect the scene of a suicide attack outside a base in Zhari district, Kandahar province, Afghanistan, on Jan. 20, 2014. (Javed Tanveer/AFP/Getty Images)
US News

The families of nearly 150 U.S. soldiers and contractors who were killed or wounded in Afghanistan sued American and international contractors for allegedly paying protection money to the Taliban and indirectly supporting the terrorist group.

In a lawsuit filed in federal court on Friday, the plaintiffs alleged that the contractors working on various reconstruction projects across the war-torn country often greased the palms of the Taliban through local sub-contractors, reported the Wall Street Journal.

The lawsuit alleges that the subcontractors hired and paid Taliban guards directly in order to save on security costs and that the Taliban used that money to fuel terrorist attacks on U.S. troops and companies that didn’t engage in the practices.

The plaintiffs are the families of 143 U.S. soldiers and contractors who died or were wounded in Afghanistan between 2009 and 2017.

“This [lawsuit] will change the way business is done in war zones,” August Cabrera, the wife of Lt. Col. David Cabrera who was killed in a suicide car bomb attack on Oct. 29, 2011, told the Journal.

“I believe that this can bring justice to those of us who have lost somebody,” she said.

The lawsuit comes in the wake of the United States and the Taliban restarting peace talks in December that focus on the terrorist group reducing violence and both sides eventually reaching a permanent ceasefire.

A 2016 report by the Special Inspector General for Afghanistan Reconstruction (SIGAR) said that U.S. aid meant to rebuild Afghanistan has been “injecting tens of billions of dollars” into the war-torn country’s economy through contracting and partnerships with “malign powerbrokers,” according to Tolo News, a national Afghan media.

“Stemming from a growing body of evidence that corrupt networks were channeling support to the Taliban, a consensus began to emerge among DOD (Department of Defense), State, and USAID that corruption was undermining core U.S. goals by materially fueling the insurgency and turning the population against the Afghan government,” said the report.

“In short, corruption posed a strategic threat to the mission,” it said.

“Everybody was in the money game to some degree. You had corrupt Afghan officials; you had bad actors in the Afghan business and financial sector, the Taliban and drug traffickers, all of whom were frequently acting in tandem,” Kirk Meyer, the DEA special agent in charge of the ATFC from 2008 to 2011, told SIGAR.

“The connections would spider out and connect to other illicit areas …. We started collecting this information and getting a very holistic view of what was going on,” Meyer said, according to Tolo News.