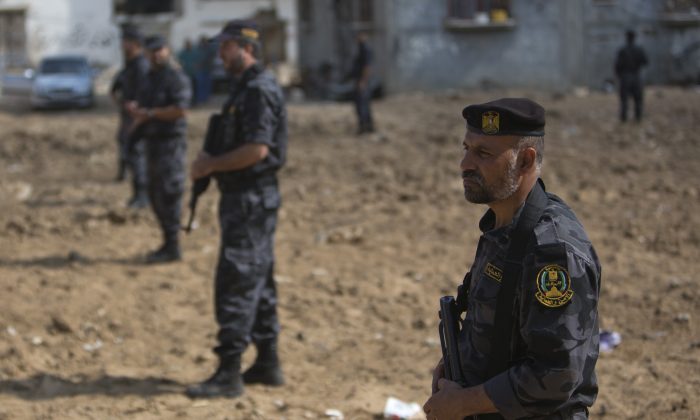 Families: No Justice in Israeli Inquiry on Gaza Beach Deaths

GAZA CITY, Gaza Strip—The father of one of four Palestinian children killed on a Gaza beach during last summer’s war between Hamas militants and Israel said Friday he was outraged by the Israeli military’s announcement it was closing its internal inquiry without indictments.

He expressed hope that the incident would be part of a Palestinian war crimes case against Israel expected to be presented to the International Criminal Court.

“There is no justice in the internal investigation,” Mohammed Bakr told The Associated Press Friday. “We are counting on the ICC and human rights. We are not afraid and we are confident we will win because the world is with us.”

Israel has, in the past, pointed to the credibility of its internal investigations as proof that the involvement of the ICC was unnecessary.

The four boys, all cousins aged 9 to 11, were killed while playing on a beach off a coastal road west of Gaza City. Seven others — adults and children — were wounded in the same airstrike. The incident drew international attention and condemnation.

The military’s statement on Thursday was released late at night — something the Israeli military has done in the past when announcing the closure of similar investigations. The military said the boys’ deaths were a tragic accident, caused when it mistook them for Hamas gunmen. It concluded that no international or Israeli laws of engagement were broken in the incident.

Military spokesman Lt. Col. Peter Lerner said Thursday’s announcement comes after the military police conducted an extensive investigation that questioned many soldiers involved in the planning and implementation of the strike.

He said on Facebook that it took place in an area “which was utilized exclusively by militants.” Aerial surveillance identified several figures, believed to be Hamas militants, enter a compound there.

“It should be stressed that the figures were not identified at any point during the incident, as children,” Lerner said.

Witnesses at the time said a pair of Israeli airstrikes hit the beach; the first hit a container on a nearby jetty and the second struck the children as they were running away from the first strike.

Lerner called the children’s death “tragic” and said that steps are being taken to “minimize the risk” of a similar incident happening again.

The war last summer between Israel and Hamas claimed the lives of more than 2,200 Palestinians and 73 people in Israel.

Hamas fired thousands of rockets at Israeli population centers and heavily armed Gaza militants tunneled into Israel for attacks during the 50-day war. Israel used airstrikes from jets, helicopters and drones as well as thousands of artillery rounds.

The military’s announcement comes as Israel braces itself for an upcoming report on last summer’s war by a United Nations commission.