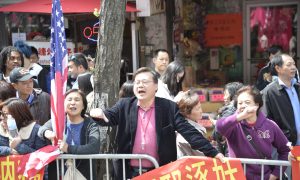 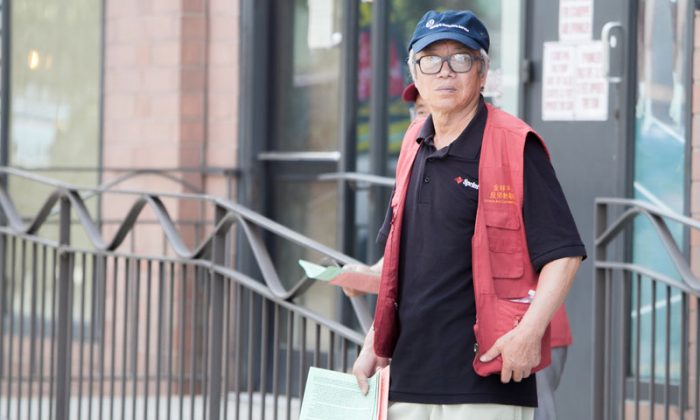 Familiar Chinese Agitator Is Behind Anti-Japanese Protests in the US

During his recent week-long tour in the United States, Japanese prime minister Shinzo Abe was met with a slew of anti-Japanese protests—many of which were organized by a known associate of the Chinese regime.

Abe was in the United States from April 26 to May 3 to hold talks on economic and security issues, as well as mark the 70th anniversary of the end of World War II. His trip included stops at Washington D.C., Boston, San Francisco, and Los Angeles.

At every destination on Abe’s itinerary, the Japanese prime minister was met with Chinese and Korean protesters, who pressed him to apologize for Japan’s wartime legacy and contemporary issues.

When Abe was at Harvard University in Boston, students held an hour-long silent demonstration, and read an open letter protesting Abe government’s “direct role in operating a system of sexual slavery during World War II,” according to Harvard student newspaper The Harvard Crimson.

Korean protest groups in Washington, San Francisco and Los Angeles mainly demand that Abe acknowledge that thousands of women, many of whom were Korean, were forced into sexual servitude during World War II. Abe’s government had ordered an inquiry into the grounds on which the 1993 Kono apology—chief cabinet secretary Yohei Kono made a statement expressing regret over the Japanese military’s abuse of women—was issued. Abe has said he would uphold Kono’s statement.

Chinese protest groups also brought up Japan’s wartime sexual slavery, but focused on more contemporary issues. Carrying banners and shouting slogans, Chinese protesters insisted that Japan curb its rising militarism, and in particular, relinquish control over a group of uninhabited islands in the East China Sea called Diaoyu in China and Senkaku in Japan. The Chinese regime has insisted that the islands belong to them.

A number of these Chinese groups are based in New York, such as the Council of Chinese American Associations, and New York Safeguard Diaoyu Association, and they were an ever-present sight in Abe’s United States trip.

Zhu Lichuang, a member of the New York Safeguard Diaoyu Association, called on the Chinese in New York to join the anti-Japanese protests, and even left his contact number during a television interview with Sinovision, a New York-based broadcaster known for its pro-Chinese Communist Party views.

Under Zhu’s directions, the Chinese Anti-Cult World Alliance harassed and heckled Falun Gong practitioners at parades in Flushing, Queens, and had even enticed the local Chinese community to join in their hate mongering activities with promises of free meals and cash incentives.

As an agent of China’s United Front Work Department, an agency tasked with promoting propaganda overseas, Zhu is well-funded to pursue the Chinese regime’s overseas agenda—which apparently includes demonizing Shinzo Abe and his administration while trumping up Chinese nationalism.