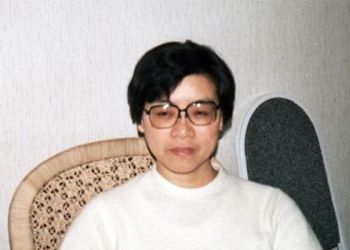 In total, Bai spent nearly 14 years in some form of detention before she passed away on June 15. (Minghui.org)
China

Bai Gendi, a Chinese citizen who endured multiple and lengthy stints in detention for refusing to give up her faith, vomited and suffered severe headaches after consuming prison food last year.

As the months passed Bai became increasingly delusional, and she had to be frequently checked into a hospital as her health deteriorated. On June 15, Bai passed away at the age of 65.

Formerly a mid-level manager at a state-owned petroleum company, Bai was a healthy middle-aged woman living in Shanghai when she was first arrested in July 1999 for practicing Falun Gong.

Falun Gong, also known as Falun Dafa, is a traditional Chinese spiritual discipline espousing the principles of truthfulness, compassion, and tolerance. The practice spread widely in China in the 1990’s, reaching an estimated 70 to 100 million adherents by the end of the decade, according to state and practitioner estimates.

Feeling threatened by Falun Gong’s popularity, then Communist Party chief Jiang Zemin launched a nationwide persecution in July 1999 to eradicate the practice and force adherents to renounce their beliefs.

Over the next two decades, Bai Gendi would be arrested five more times for her faith. In total, Bai would spend nearly 14 years in some form of detention, according to Minghui.org, a clearinghouse for firsthand information about the persecution.

During a stint in a forced labor camp in Shanghai, Bai was frequently starved and forced to work 18-hour days. Once, she was handcuffed to the ceiling until she fainted from the pain. The labor camp authorities refused to allow Bai’s family to visit her, and they confiscated letters and other items her family sent.

Bai was most recently arrested on Sept. 10, 2012. After a show trial, the Xuhui District Court in Shanghai sentenced her to six-and-a-half years in prison. Bai was often locked up in an isolated soundproof room and forced to listen to loud propaganda attacking Falun Gong around the clock. Inmates who were assigned to monitor Bai often beat and abused her if she disobeyed orders.

Bai was still in relatively good health when her family visited her in prison in March 2016. But within a year, she was mentally and physically incapacitated.

On Aug. 24, 2016, Bai was hospitalized in an intensive care unit after sustaining a bleeding wound on the side of her head. Prison authorities claimed that Bai had hurt herself after falling from a chair.

Over the next few months, Bai suffered excruciating headaches and fainting spells on a regular basis, and had to be frequently checked into a hospital.

When Bai met her family in September, she said that her prison rations had been laced with unknown drugs that induced vomiting, according to Minghui.org. Bai said that she had arrived at this conclusion after her vomiting stopped when she consumed the communal rice and vegetable soup but not the rations assigned only to her. At this point, she was still lucid.

By the end of September, however, Bai had become delusional and unresponsive. At times, she mistook her family members for prison guards, and accused them of poisoning her food.

In the months before her death, Bai slipped in and out of consciousness, frequently spoke unintelligibly, and sometimes failed to recognize her family members.

By early June 2017, Bai Gendi’s limbs had atrophied, and she suffered breathing difficulties until her death. Despite her incapacitated state, Bai was still being monitored at the hospital by security officials.