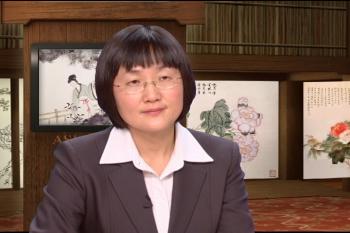 TORTURE IN CHINA: Albany resident Annie Li is concerned for her mother’s safety. Her mother is a Falun Gong pracitioner in China, and has been detained and tortured for her belief. (The Epoch Times) ()
US

By Sara Matheson
Print
Ms. Li’s mother is a 67-year-old retired professor. Her name is Shizhen Qin and she is a practitioner of the persecuted spiritual belief, Falun Gong, in China.

Her mother was arrested in March in the run up to the summer Olympics in Beijing, as the communist party attempted to clear the streets of dissidents and Falun Gong practitioners.

Ms. Qin was taken to a brainwashing center in Gansu province, where she spent six months enduring ill treatment and abuse, including interrogation and sleep deprivation.

Ms. Li said as soon as she heard about her mother’s arrest she visited local assembly members and state officials asking for their help.

“And in September, under pressure from the international community she was released,” she said.

Although her mother is out of the brainwashing center, Ms. Li said her mother cannot return to Beijing.

“My older sister who lives in Beijing was threatened by local policemen. They say my older sister is responsible for monitoring her when she comes back,” said Li.

Her sister is a professor at a Police academy in Beijing.

“In order to put less trouble on my older sister, my parents decided not to go back to Beijing,” she said.

Because her mother practices Falun Gong, the Chinese authorities have put a lot of pressure on her family.

“My family, basically, they are scared. They even started to blame my mother for holding her belief. Because of the communist party's propaganda,” Ms. Li said.

Miss Li said every time relatives come to visit her mother they try to stop her from practicing Falun Gong, and when she was in detention they thought she should sign a repentance statement to be set free. Forcing Falun Gong practitioners to sign statements to give up their belief is a common form of persecution by the communist party.

“In China, even if you renounce and you are brainwashed, they will not let you go until you brainwash other Falun Gong practitioners. And they will keep you in the brainwash center, some, I know for sure, over three years,” said Li.

“The other day my mother told me the local police still have someone following her around, and even to release her, they took over 10,000 Chinese dollars from my older sister and my mother doesn’t know,” she said.

Miss Li said her mother went to the college where she worked before she was arrested and the vice president told her that they “can’t do anything, this is country policy,” referring to the persecution of Falun Gong.

“My mother told me in total they have taken $15,000 from her pension since the persecution started,” Miss Li said.

Shizhen Qin is one of tens of thousands of Falun Gong practitioners who have reported abuse and ill treatment in China’s detention centers since July 1999.

In China to date more than 3000 Falun Gong practitioners have been confirmed dead from the state sanctioned persecution and more than 63,000 have reported accounts of torture, according to the Falun Dafa Information Centre.