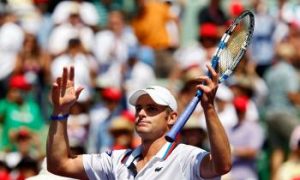 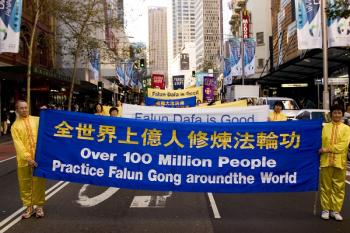 Falun Gong practitioners' 11 years of perseverance is to help people discover the truth. (The Epoch Times)
US

On July 20, 1999, former Chinese Communist Party (CCP) leader Jiang Zemin launched the persecution against Falun Gong practitioners, who engage in a traditional spiritual practice based on Truth, Compassion, and Tolerance.

Ms. Man, who was in Beijing on July 20, 1999, said, “At that time, the persecution was overwhelming. The CCP used the entire propaganda mechanism, including TV, radio, newspapers, magazines, and so on, to slander and defame Falun Gong, misleading the Chinese people.”

“Many people close to me were brutally tortured,” she said. “Some were tortured and collapsed mentally. Some disappeared and cannot be found.”

With tears in her eyes, she said: “I escaped from the persecution because I came to Australia. Whenever I think about fellow practitioners who used to study and do exercises with me, I am very sad.

“In the past 11 years, we never stopped telling people the truth about Falun Gong, so that the persecution will end soon. We also advise people to quit the CCP, and we hope they will find their conscience and embrace a beautiful future.”

Liu Jinghang, a scientist from the China Academy of Science in Beijing, was also in Beijing on July 20, 1999. She was once sentenced to three years in prison for appealing to the authorities to end the persecution. After she was released, she left for Australia.

“Although I left China and reside in Australia and can practice Falun Gong peacefully here, the persecution is still happening in China,” Liu said.

Falun Gong practitioners’ 11 years of perseverance is to help people discover the truth.

“Everyone who understands the evilness of the CCP and stays away from it will choose a good future for himself. At present there are over 76 million people who have quit the CCP and its affiliated organizations. The end of this persecution is coming soon,” Liu said.