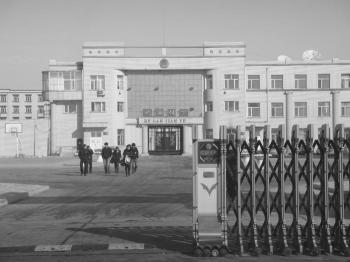 Gisela Sommer
View profile
Follow
biggersmaller
Print
Canada's Foreign Minister says the Government of Canada has serious concerns about the human rights situation in China, including continuing restrictions on religious freedom and persecution of religious groups such as Falun Gong practitioners, according to letter published on a Falun Gong website.

In a letter dated June 25, 2010, publicized by Clearwisdom.net, a website run by Falun Gong practitioners, Canadian Minister of Foreign Affairs, Lawrence Cannon said, “The Government of Canada calls upon Chinese authorities to guarantee freedom of religion to all Chinese citizens in accordance with the Universal Declaration of Human Rights. Furthermore, we call upon China to release Chinese citizens detained or imprisoned in retaliation for pursuing their right to freedom of religion, including Falun Gong practitioners."

Mr. Li, a resident from Harbin, was given a five-year prison sentence by Chinese authorities in 2009 for refusing to give up the spiritual Falun Gong meditation practice. He is now in Hulan Prison in northeast province of Heilongjiang, where he has been subjected to torture–including violent beatings and shocking with electric batons–and is in critical condition.

Mr. Li's case was exposed by media in China and abroad in 2009, causing attention and concern in the international community.

Cannon said in his letter, the case of Li Zhigang "merits serious concern."

"The Government of Canada has serious concerns about the human rights situation in China, including continuing restrictions on religious freedom and persecution of religious groups such as Falun Gong practitioners. Canada consistently raises human rights concerns with the Chinese government, calling on China to respect, protect and promote the freedom of expression, association, and spiritual belief of all Chinese citizens. Canada also continues to raise a number of human rights cases of concern. Furthermore, through high-level dialog and cooperation, Canada seeks to help China adopt and implement internationally agreed standards on issues including human rights, the rule of law and sustainable development.

"The case of your friend Li Zhi Gang merits serious concern. The Government of Canada calls upon Chinese authorities to guarantee freedom of religion to all Chinese citizens in accordance with the Universal Declaration of Human Rights."

“Though it is difficult to gauge the precise figure of Falun Gong practitioners inside China at present, both editors at Falun Gong’s main Chinese-language website and Western media reports during 2009 placed the number in the tens of millions, pointing to the continued popularity and even growth of Falun Gong inside China.

“These millions of Falun Gong practitioners in China remain at constant risk of detention, torture, and death because of their religious identity. In 2009, the lawlessness and brutality of the Party’s treatment of citizens who practiced Falun Gong remained staggering. Suffocating surveillance, late night raids on practitioners’ homes, beatings with electric batons, and long-term imprisonment were routine features of the Chinese authorities’ relentless efforts to identify and forcibly “transform” every single Falun Gong practitioner in China. Meanwhile, reports of deaths from torture or other abuses in custody continue to flow from China on a nearly daily basis…”