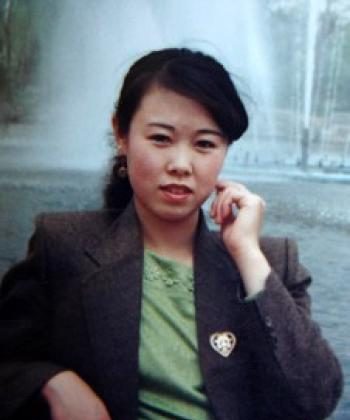 The Beijing Public Security Bureau claims that Ms. Sun Min of Inner Mongolia committed suicide by jumping to her death from a fifth floor window on April 28. However, after seeing the body, Sun’s family members questioned the circumstances of  her death as given by police.

According to the report from Minghui.org, Sun Min is a Falun Gong practitioner in Chifeng City, Inner Mogolia. She and her husband Wu Yang fled to Beijing in order to escape from local police harassment and persecution. At around 9:00 p.m. on April 22, Wu Yang was arrested for distributing DVDs of the “Shen Yun Performing Arts” show. She was then sent to Niu Jie Public Security Bureau in Xuwu district, Beijing.

Sun’s family members lost contact with Sun at this time. Her family members received notice of her death from the Beijing Fengtai Public Security Bureau on April 28. On the certificate of death it said that Sun had “jumped to her death”. However, her family members found that her body was covered with scratches and wounds.

On May 6, Sun’s family met with Wang Zengbin, an administrator at the coroners office. According to Wang, police went to Wu and Sun’s place on the evening of April 22. Sun opened the door and then closed it when she discovered that the people at the door were strangers. After 10 minutes, police found that Sun had jumped to her death from an upper window.

An unknown source from the coroners office said “The body was not injured from jumping out of the fifth  floor. The marks on the body do not look like she 'jumped to her death.'”

According to a person close to the situation, on April 22, after police arrested Wu, Sun was also arrested and sent to the public security bureau as well. In the afternoon when Wu was questioned, Sun was questioned closely by the police in an adjacent room.

Now Wu has been arrested and transferred to Beijing Public Security Bureau.