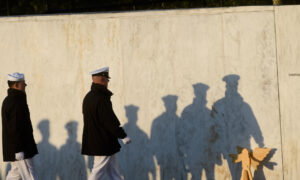 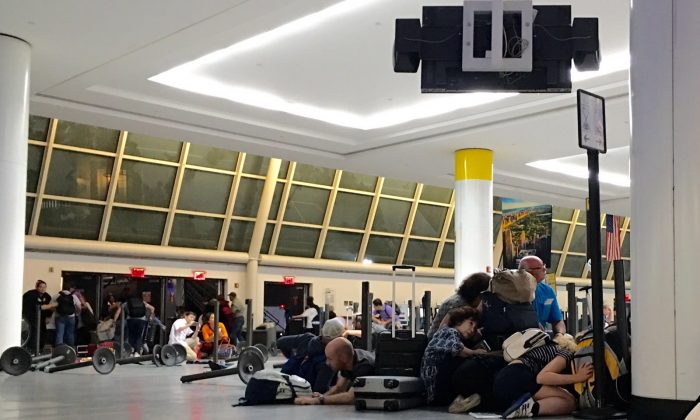 Chaos paralyzed Los Angeles International Airport on the night of Aug. 28, as panicked people ran for their lives. Twitter ignited with reports of a shooter and photos of swarming travelers, bursting onto the tarmac and into restricted areas. Police received 911 calls from multiple terminals reporting an active shooter.

Officers flooded the airport searching for a gunman. After an hour of uncertainty, police announced there was no shooter. Instead, loud noises had been mistaken for gunfire.

The scare was the latest in a string of false alarms since June. Similar bursts of panic have erupted at New York’s John F. Kennedy Airport, at a mall in North Carolina, and in two malls in Orlando, Florida.

The mechanism was the same: Loud noises were mistaken for gunshots, prompting a group of people to panic. The sight of frantic people running triggered a contagion of panic, and mass hysteria ensued.

As mass shootings stack up year after year, combined with replays on TV, social media, and the prevalence of violent movies, it’s no wonder Americans are more jumpy, said psychiatrist Dr. Carole Lieberman.

Does the new normal mean mass hysteria is only a balloon pop away?

The initial spark—people panicking after hearing gunshot-like noises—comes about because people have developed symptoms similar to post-traumatic stress disorder (PTSD), according to Lieberman.

After 9/11, Lieberman dedicated herself to studying the psychological impact of terrorism. She authored two books on the subject, including “Coping with Terrorism: Dreams Interrupted.”

PTSD is currently diagnosed only in people who lived through a traumatic experience. But it is possible even for people who haven’t directly experienced the trauma to develop similar symptoms, Lieberman said.

It often happens through media.

“Overexposure to newscasts of violent traumas, such as terrorist attacks, can cause people to have something similar to post-traumatic stress disorder,” she said via email. “Although most people have not experienced a shooting in real life, we have experienced countless shootings as part of watching news and entertainment.”

Hearing noises similar to gunshots can then trigger memories of past traumas, even if the memories are only of events watched on TV, Lieberman said.

Once the brain makes a connection between a life-threatening situation and the current reality, fight-or-flight reflexes kick in, adrenalin is released into the bloodstream, and suddenly panic sets in.

When several people start to panic, the state can quickly spread. Others, who don’t know what’s happening, “assume that others must know the truth and that it is the worst possible scenario,” Lieberman said. “They feel lost, so they run in the direction that these others are running in.”

People tend to group together and succumb to groupthink in mass hysteria situations, said Ed Pietrowski, a Euless City, Texas, police officer who also owns a company that provides defense against active shooters to area schools.

The only option may be to run with the crowd, but the problem is if “no one is actually processing information,” he said.

Running towards the nearest exit deliberately is different from blindly running or simply following the crowd.

Fight-or-flight physiological responses are preprogrammed and can be overwhelmingly strong.

Pietrowski recalled the first shooting he was involved in as a rookie NYPD officer, 10 years ago: “That feeling is so immense that it almost turns off all thought processes in your brain.”

To stay and fight or to flee are the two best ways to handle a real active shooter situation, Pietrowski said, but one needs a clear head to make the right decision.

That’s why “keeping your head about you through the physical reaction of your body is the most important part,” said Pietrowski.

And there are techniques to override panic.

For example, by having a plan.

A mental plan for reacting to an active shooter scenario is developed the same way athletes play the execution of their feats over and over in their minds, or the way fire drills repeat the same evacuation routines.

“If you have already made a plan of action, knowing this will keep you calmer in emergencies,” Lieberman said.

The plan can be as simple as knowing where the exits are.

Taking some deep breaths works, too.

“If you take a deep breath it will supply oxygen to your brain and energy to your body, and it will make you pause for a few seconds, so that you can figure out the best course of action,” Lieberman said.

One thing people should not do in an active shooter situation, Pietrowski said, is take out their phones and start recording the event.

Not only is it unhelpful for survival, it may even cause harm by spreading erroneous information and complicating police efforts.

As the New York City Office of Emergency Management guide advises, “Do not spread rumors.”

June 18: Orlando Premium Outlets, Orlando, Florida
Four days after the Pulse nightclub shooting, the sound of a chair knocked to the ground during a fight in a food court is mistaken for a gunshot. Panic ensues, one person is injured, and stores are closed for several hours, the Orlando Sentinel reports.

August 14: John F. Kennedy International Airport, New York
Police receive an anonymous 911 call about a shooter in Terminal 8 at about 9:30 p.m. Panic spreads, exacerbated by social media, and crowds of people run through the corridors and out onto the tarmac. The initial cause is unclear but one theory is that loud celebrations of sprinter Usain Bolt’s Olympic victory caused the panic, The Associated Press reports. Less than an hour later, panic breaks out in Terminal 1, with similar results. People report hearing loud sounds, but nobody reports seeing a gunman.

Afterwards, authorities are criticized for poor communication and crowd control.

The Orange County Sheriff’s Office says shoppers were warned of the test through the mall’s public announcement system, the Orlando Sentinel reports.

August 28: Los Angeles International Airport, California
Unspecified loud noises cause fast-spreading panic similar to the false alarm at JFK two weeks earlier. Two runways are closed for about half an hour due to people running onto the tarmac. Five terminals are affected, two flights cancelled, 27 flights diverted to other airports, and 281 flights delayed, CNN reports.

Police evacuate the terminals and sweep them with explosive detection K-9 units.