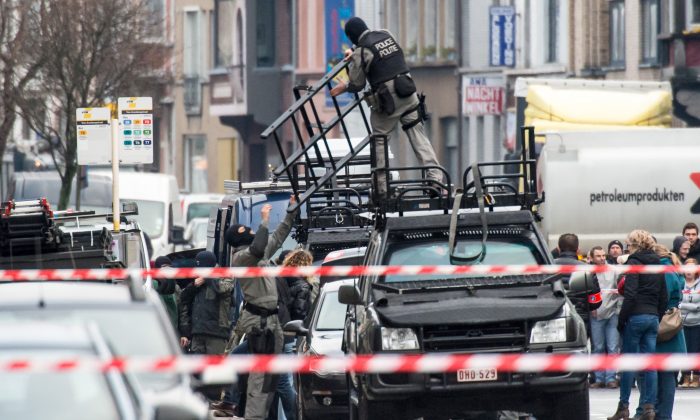 Special forces police install special equipment on a van, in Ghent, western Belgium, Monday, Dec. 15, 2014. Four armed men have entered an apartment, and police have blocked off a wide perimeter around the area. Police said Monday that three hours after the men entered the apartment it was still unclear whether they had taken any hostages. (AP Photo/Geert Vanden Wijngaert)
Europe

Belgian police found no hostages nor anyone with a weapon in an apartment in Ghent, Belgium after police were notified of a hostage situation there.

The spokesperson for the city prosecutor’s office, Annemie Serlippens, confirmed the incident had nothing to do with terrorism.

The man who sounded the alarm convinced an employee at a shop nearby to call the police, saying four armed assailants had taken a person hostage inside the building.

Police found nothing when they arrived at the scene.

Three people were seen leaving the building with the police after wards. It is unclear whether they were involved in the incident at all.

The man who set the alarm had a drug history, although initially did not appear to be in an altered state. Later in the day, his appearance changed and police requested he undergo a blood test and a medical examination.

The incident happened shortly after an armed man in Sydney, Australia took over a chocolate shop and held the people inside hostage for 16 hours. The man was killed as well as two others.