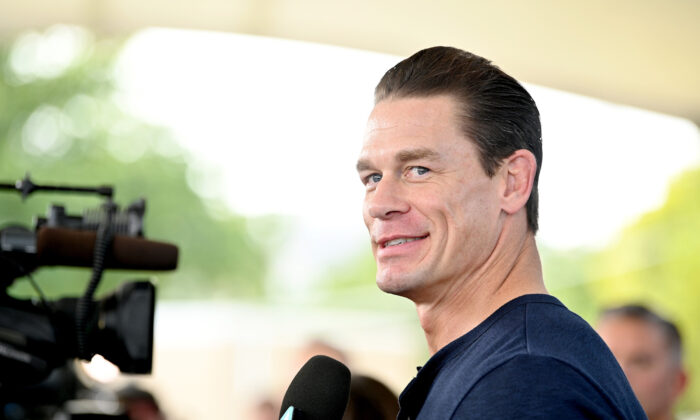 Hollywood executive Chris Fenton said John Cena’s controversial apology to China after he called Taiwan a country during a promotional interview for “Fast & Furious 9” alienated both his fans in the West and in China, inadvertently providing the star with an opportunity to lead the charge against Chinese Communist Party (CCP) censorship in the U.S. film industry.

Fenton told NTD’s “Focus Talk” that Cena’s apology ended up missing the mark on both fronts, alienating his fans in the United States while failing to satisfy Chinese netizens.

“Boy, did he step into it,” Fenton said of Cena’s video apology, in which the Hollywood star spoke in Mandarin. “I felt badly for him, and I was quite shocked.”

Following the apology, conservative news outlet the Daily Wire ran a sharply-worded op-ed headlined “John Cena Begging China For Forgiveness Proves That Money Beats Morality Every Time.” The platform’s co-founder, Ben Shapiro, said in a Twitter post: “Taiwan is a country. Hong Kong should be free. If you are unwilling to say these things because it might hurt your bottom line, you are a pathetic coward.”

“Pathetic,” wrote Sen. Tom Cotton (R-Ark.) in a one-word tweet, while Rep. Andy Briggs (R-Ariz.) alleged Cena “is owned by the Chinese Communist Party,” while reposting a message from House Republicans stating, “Taiwan is a country.”

While Taiwan is a de facto independent country with its own military, democratically-elected government, and constitution, the Chinese regime considers it a breakaway province and claims the island as its own, repeatedly threatening to unify it by force.

Fenton said Cena’s apology failed to satisfy his fans in China and the West.

“He has a very large constituency of fans on the athletic side because of his wrestling, which sometimes is more on the conservative side of the aisle, and then he has a huge fan base in Hollywood, which is more on the left side of the aisle. So, in a way he’s alienated two sides of the United States of America and, quite frankly, the Western world,” Fenton said, before referring to calls from Chinese netizens that Cena explicitly declare that Taiwan is part of China, which he didn’t do in his apology.

“And he also didn’t really do the job that he needed to do with the netizens and the fans in China.”

Cena’s apology elicited mixed responses from his more than 600,000 followers on Weibo, with some giving him credit for apologizing, while others said he needs to explicitly say Taiwan is part of China or his apology is meaningless.

Fenton argued that the multi-pronged backlash is an opportunity for Cena to change course and lead the way in pushing back against the broader trend of Hollywood kowtowing to the CCP.

“What he might want to do is rethink this and say, ‘Well, how much is China worth to me versus the rest of the world?’ And I would argue that there’s a real opportunity for him to take on this Muhammad Ali effect, where he actually leads—because he’s in this situation—this effort to stop pandering to the CCP and to actually say enough is enough, and to see if he can get other filmmakers, other actors, other celebrities, other basketball players and athletes, and other companies to follow him into this new path forward when it comes to the engagement with China,” he said.

Fenton, a former executive at DMG Entertainment Motion Picture Group, authored the book “Feeding the Dragon,” a behind-the-scenes look at how Chinese censors shape American films. In the book, he argues that Hollywood’s business relationship with China strengthens the CCP’s authoritarian outreach.

Asked whether he believes the situation with Cena could be a watershed moment that reverses Hollywood’s appeasement of the CCP, Fenton struck a hopeful tone.

“It will also cause a push for people like John Cena to maybe say: ‘Hey, I’m going to take a stand. I want to lead by example. I’m going to get some of my peers and colleagues to join me and some of the companies that we work for, and we’re going to push back.'”

Any movie that wants to be released in China must abide by strict censorship rules, including that the movie’s story, footage, music, actors, and directors not oppose the communist regime. Fenton said he sees growing opposition in the West to such censorship.

“We’re getting to that tipping point where enough is enough and this John Cena example is something that really is an eye opener and something that hopefully catalyzes a change,” he said.