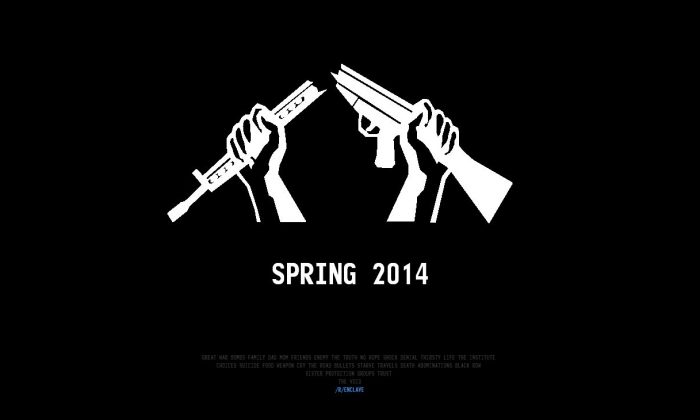 There hasn’t been any recent updates from Bethesda on whether “Fallout 4” is even being worked on, but it appears that hoax website Survivor2299.com is back up and running.

Late last year, the Survivor2299 website posted ciphers and morse code with clues taken from the “Fallout” universe in what was a very elaborate hoax devised by one person. The creator eventually confessed on Reddit’s Fallout subreddit to masterminding the whole thing, even costing him about $1,000.

After the creator did a tell-all about the website, Survivor2299.com was taken down.

But as of this week, the website is back up, albeit with a different premise. It says “Spring 2014” with some all-caps gibberish at the bottom.

It shows a cartoon image of a rifle being broken in half.

And at the very bottom, there’s a link that goes to Reddit’s Enclave subreddit, which has been set to private. The “Enclave” is an organization in the “Fallout” games.

Bethesda hasn’t officially said anything about a new “Fallout.”

Pete Hines, the vice-president for marketing at Bethesda, wrote in December: “If you don’t hear it through an official channel like this, assume all rumors and speculation are false.”

The clearest indicator of a new “Fallout” game was reported on by Kotaku, which posted a casting document.