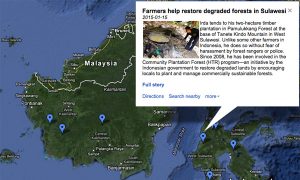 Last week, the Indonesian state-owned energy firm Pertamina announced it would cut 2015 capital expenditures by up to 50 percent, citing the impact of falling oil prices on the company’s revenues and profits. The announcement follows reports of belt-tightening by state-run energy firms across Southeast Asia — and in turn, pledges by governments to cut their own spending in the months to come.

2015 is a critical year for Southeast Asia. China’s economic slowdown, combined with rising foreign investment into countries like Indonesia, Vietnam and the Philippines, as well as regulatory reforms and infrastructure development within key Southeast Asian economies, are together paving the way for the region’s long-term transformation into a major engine of global economic growth.

For most countries in Southeast Asia, the intersection of these changes with falling oil prices yields benefits: cheaper gas at the pump, lower input costs for everything from farming to manufacturing, and reduced government fuel subsidies. But for others, the picture is more mixed. The effects of low oil prices on energy-related revenues and spending will be particularly pronounced in Indonesia and Malaysia, Southeast Asia’s largest energy producers.

Indonesia and Malaysia have long been the region’s leading energy producers and exporters. But recent years have seen both countries’ oil output decline. In 2009, Indonesia suspended its OPEC membership after five years of importing more oil than it produced. Malaysia remains a net oil exporter, but just barely. In both countries, falling output at aging oil fields has prompted a push to expand exploration and production in previously underdeveloped offshore fields and to work on improving output from older fields — both often costly and technologically challenging processes.

Enter low oil prices and budget tightening by firms like Pertamina and Malaysia’s state-owned energy giant Petronas, which last December said it would cut capital and operational expenditures and reduce dividends paid to Kuala Lumpur in 2015. For both Malaysia and Indonesia, improving oil and natural gas output is critical to economic stability and long-term development goals. In Malaysia, oil revenues remain the foundation of the central government’s budget. In Indonesia, expanding energy output is an important part of efforts to develop outlying islands and to build a more integrated national economy.

Against this backdrop, a protracted dip in oil revenues, slashed spending by state-owned firms and likely declines in foreign energy investment in 2015 not only threaten budgetary and economic stability in the near-term, but also potentially hamper long-term energy security and infrastructure development goals.

Even so, the picture is far from wholly bad for Southeast Asia’s two biggest energy producers. Malaysia will struggle to make ends meet with reduced oil revenues, but low input costs and a weaker currency could give its electronics exports a boost. For Indonesia, low oil prices soften the impact of recent cuts to costly but politically key fuel subsidies, allowing Jakarta to substantially improve its balance sheet without threatening social stability. Rising investment from Northeast Asia and preparations for ASEAN economic integration in 2016 will help ensure that 2015 remains, on the whole, a positive year for Southeast Asia and its leading economies.

“Falling Oil Prices Reverberate Through Indonesia and Malaysia” is republished with permission of Stratfor.