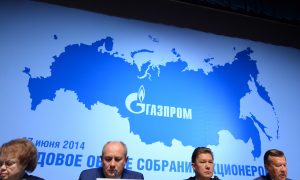 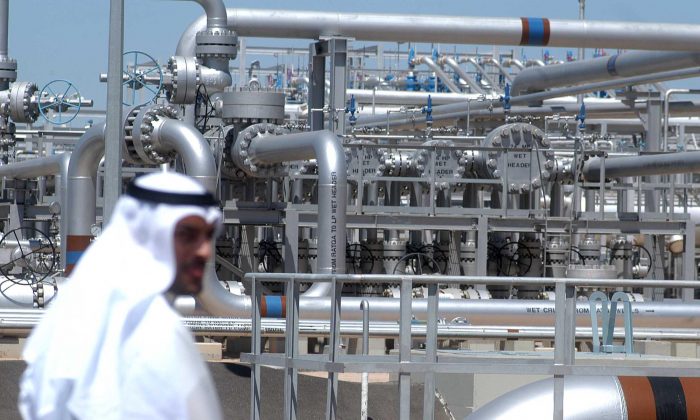 A worker walks at the Gathering Center 15 oil facility 28 March 2005 in the northern Al-Rawdhatain oilfield, 80 Kms from Kuwait City. OPEC-member Kuwait will boost its crude output by more than 150,000 barrels per day (bpd) when its largest gathering center becomes fully operational next month, an oil executive said. The center was partly reopened in January, nearly three years after it was shut down because of an explosion that killed four workers, wounded 19 and damaged more than half the facility. (YASSER AL-ZAYYAT/AFP/Getty Images)
International

Oil prices have plummeted over 45 percent since June. This comes after nearly five years of oil prices steadily holding above the $100 per barrel price. Many oil exporting countries have built their economies around this price, among them are some very oppressive regimes, countries with little freedom and lots of corruption, like Iran, Venezuela, Russia and Nigeria.

There are many reasons for this rapid drop in prices. Chief among them is the United States becoming the largest oil producer in the world, and the failure of OPEC countries to reach an agreement on at what price should they begin reducing production, which would raise prices, or at least stop the descent. The surprising strategy being employed by OPEC is thought to make more expensive forms of oil extraction, like from fracking, shale, and oil sands, unable to be profitable.

While OPEC could be trying to put a damper on the United States’ shale boom, it is causing oppressive regimes a lot more anxiety.

The former communist country has been very hard hit by the dramatic drop in oil prices. Russia is hugely dependent on selling gas and oil, 45 percent of the central government’s budget comes from the export of oil.

This has caused a domino effect compounded by severe economic sanctions imposed by most Western countries in response to Russia annexing parts of Ukraine and fighting a covert war in the eastern part of the country. The rouble is loosing its value at an alarming rate, encouraging currency flight and frightening off off foreign investors. Russia’s GDP is expected to shrink by 4 percent in 2015.

Before Hugo Chavez passed away in early 2013, he borrowed $46 billion from the Chinese, promising them oil in return for the debt. Missing no opportunity, the Chinese advanced their own agenda, and have not only been taking almost a million barrels per day of oil from the socialist country, but are also flooding the Venezuelan market with cheap China-made goods that domestic producers can’t compete with.

Chinese construction companies have also been getting the contract for infrastructure development. The companies bring in Chinese workers to do the labor, further worsening the employment situation in the already struggling economy. Venezuela needs to sell its oil for $120 per barrel to keep the economy moving forward, or else it will be forced to delay repaying its debt to China.

The lack of financial aide from Moscow or Caracas may have been the final push for Cuba to normalize relations with the United States.

The Shia nation is also feeling the squeeze of falling oil prices. The government has been spending more on infrastructure projects, but needs $130 per barrel to finance these endeavors. There is some speculation that Saudi Arabia is allowing oil prices to fall as act of economic war against Iran, striking back at them for their role in Shia violence towards Sunni Muslims. Some have accused Iran of funding the violent Islamic State militants that been sweeping through the Middle East. With a lightened pocket book, this would prove hard to continue.

The former president of Nigeria, Sani Abacha, allegedly embezzled more than $1.1 billion. This huge act of thievery left the government unable to finance the military. The lack of force has allowed Islamic state advocate, Boko Haram, to commit numerous acts of terrorism, including the infamous kidnapping of more than 250 schoolgirls. When asked, 90 percent of Nigerians said they distrust the government. With further economic hardship to befall the country due to lowered oil revenues, the situation could worsen rapidly.