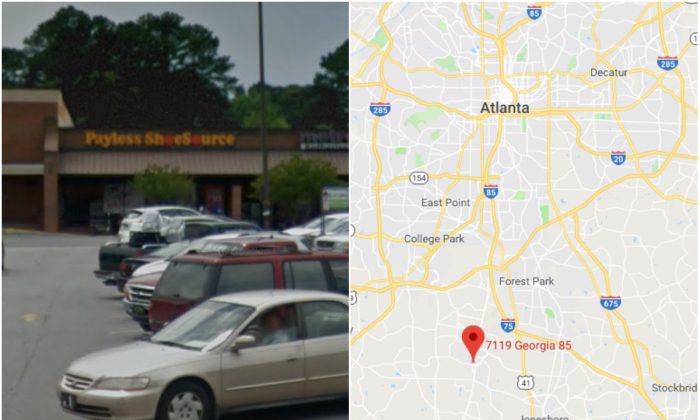 A family demands answers after their 2-year-old daughter was fatally injured by a falling mirror at a shoe store in Georgia.

The girl, Ifrah Siddique, was with her family at a Payless ShoeSource store in Riverdale on Friday, March 2, around 8 p.m.

Police tell me this little girl died after a mounted mirror fell on her inside a @PaylessInsider in Riverdale last night. Relatives say she suffered a fatal head injury. We are speaking with them and a witness @FOX5Atlanta pic.twitter.com/LgV1xzUlNW

While they were trying on shoes, a mirror mounted at the end of an aisle toppled over and fell on top of the toddler, Fox 5 Atlanta reported.

Police, fire department, and EMS were called to the scene and found the child severely injured. Medics rushed her to the Southern Regional Medical Center where she died, according to The Atlanta Journal-Constitution.

“I feel dead like I am no more … that was my little girl,” said Mohsin Siddique, the child’s father.

"She was our little angel." The father of 2 y/o Ifrah Siddique tells me the mirror wasn't secure in @PaylessInsider store in Riverdale. Police say it fell on the toddler, killing her Friday night. The latest from her family @FOX5Atlanta at 11 pic.twitter.com/dAmtYTwJb4

“I don’t want any money. I’m not going to any… People are saying they’re going to [do] a lawsuit… money, money. I don’t need money. I need my daughter. I just want justice for this… who did this bad things,” the father told WSB-TV.

A FATHER'S HEARTBREAK. The father of the little girl, who police say, died after a mirror fell on her inside a Payless store in Riverdale speaks with @FOX5Atlanta . The toddler's relatives demand answers and justice. pic.twitter.com/1VA7EXboX3

Some of you are asking abt placement of mirror that police say fell on/killed a toddler in Riverdale. The family sent @FOX5Atlanta pics. They say the mirror was mounted at end of the aisles. Payless says it is investigating nature of accident @FOX5Atlanta https://t.co/7eXoCx3N0k pic.twitter.com/zpl4K3koxv

The store closed early on Saturday and was closed Sunday.

‏A mirror and window repair truck was spotted outside the store Saturday.

“At least they are fixing it, but still the question is why wasn’t it secured in the first place,” said the girl’s cousin Aqib Iftkhar.

“Our deepest sympathies go out to the family of Ifrah Siddique during this time of incredible loss. We are devastated by this tragic event and are fully cooperating with authorities to research and understand the nature of this accident. Out of respect for the family, no further information will be provided at this time.”