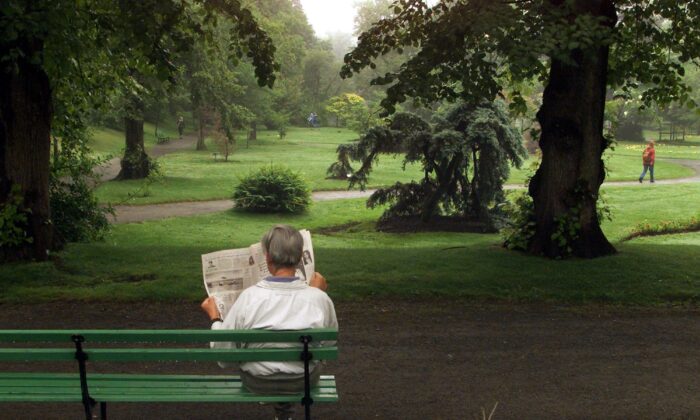 A man reads a newspaper in the Halifax Public Gardens in Halifax in this file photo. (CP Photo/Andrew Vaughan)
Viewpoints

Fake News: The Case for Scrutinizing Government Reports and Articles About Them

Before U.S. President Donald Trump left office, the “fake news” allegation was frequently heard in news reports and commentaries even in Canada.

Fake news is still going strong, particularly in Canadian government publications. This means that taxpayers and voters can’t trust what the feds say or what newspapers report on what they say.

Fake news can take one of two forms. The first is outright lies, and the other is spin. The purpose of spin is neither to tell the truth nor to lie, but to beguile and deceive citizens by obscuring the truth. In a word, both lying and spin are “faking.”

In short, Canadian government agencies are saying things they know—or should know—to be fake, and they are generating fake news.

A breaking news item and editorial commentaries in several Canadian newspapers focused on the 2020–21 annual report of the Office of the Correctional Investigator (OCI), released in February, which said that indigenous and black inmates experience proportionately more incidents of use of force on average than any other racial group.

One news article on the topic stated that a senior policy adviser in the OCI “said its investigation found that identifying as an Indigenous or Black person was associated with a greater likelihood of involvement in a use of force incident.” The article went on to say that the chief correctional investigator “says the probe points to racial bias in the application of the use of force in federal prisons.”

Canada’s correctional service defines use of force as “any action by staff, on or off of institutional property, that is intended to obtain the cooperation and gain control of an inmate” via measures such as the non-routine use of restraint equipment, physical handling, or the use of batons or firearms.

In federal penitentiaries, the most common type of force used was pepper spray, which accounted for 42 percent of the nearly 10,000 incidents documented between 2015 and 2020.

Now, think of the behaviour of inmates who had been pepper sprayed. Their misbehaviour was probably serious. Perhaps they attacked other inmates, threatened correctional officers, or stirred up a riot.

The investigator’s report is not presenting all the facts because the behaviour of the inmates immediately before the force was applied was not controlled in the analyses. Rather, only less important variables—“risk level, security level, age, gender, and sentence length”—were individually controlled.

Multivariate analyses considering the inmates’ behaviour immediately prior to the use of force plus these variables would have been much more appropriate for determining the causal connection between the race of inmates and the use of force.

This is a serious flaw, because it means that the causal connection may not run from the race of inmates to the application of force, as the report and news articles and commentaries say, but from the inmates’ bad behaviour to the use of force. In other words, the behaviour of inmates probably mediates between their race and the use of force to control them.

Because this multivariate model was not examined, the cause of the use of force may have been attributed incorrectly to race and not to the inmates’ behaviour. If so, the report, news items, and editorials are not fact-based.

Before accepting this report’s conclusion, it is necessary to determine if the correctional officers were reacting to unacceptable behaviour by inmates or their race. Government reports, specifically, but news articles and editorials, as well, should not condemn correctional officers for discrimination against indigenous and black inmates without having better evidence obtained from a multivariate analysis that includes the inmates’ behaviour prior to the use of force.

Canadians need to make crucial decisions for their own lives and for the future of Canada. Often these decisions are made based on information published by government agencies. These agencies should not be publishing fake news.

Failing that, journalists and editors should critically examine the statistical analysis and logic in these government reports.

Otherwise, fake news will continue to undermine our way of life and our democracy.