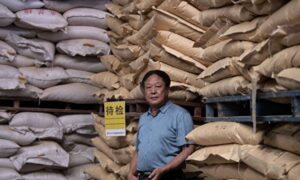 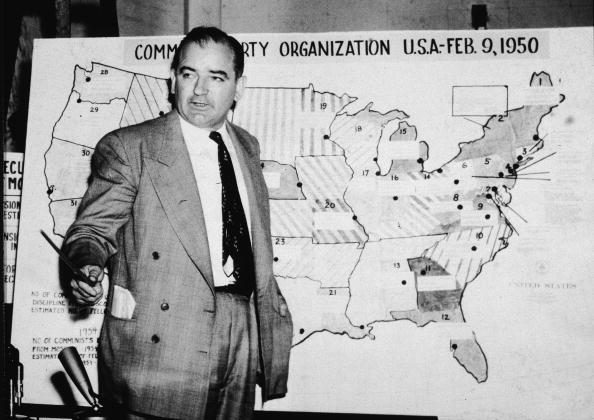 Imagine Einstein settling on C = mc2, or McDonald’s serving up quarter-pounders with cabbage. Imagine filling up the car with the garden hose, or Americans approaching domestic subversion with the Kremlin-inspired line on “McCarthyism.”

Welcome to our death spiral.

I am sorry to report that my occasional series defending the late Sen. Joseph McCarthy now turns to John Solomon, one of the precious few journalists with the grit and professionalism to be on the trail of Mueller-gate, Comey-gate, Rosenstein-gate, Uranium-gate, and the rest.

Recently, Solomon wrote a column headlined “Kamala Harris and a 21st Century Example of McCarthyism.” Since I couldn’t cover my eyes forever, I read it.

Solomon writes: “When I was an undergraduate student at Marquette University, I got an invaluable assignment: Write a thesis about someone who employed illogical arguments but still caused public impact.

“History was littered with global despots who fit the bill, but I chose someone closer to home: former Sen. Joseph McCarthy, the Wisconsin Republican whose infamous pursuit of communists gave us ‘McCarthyism,’ one of the evil terms of American politics.”

Strong word: “evil.” Solomon goes on to set forth his bona fides.

“I read his speeches, listened to audiotapes, read his Senate reports, studied his Senate censure, and talked with political leaders who witnessed his tactics firsthand.”

Why, he’s a McCarthy expert! But who are these “political leaders?” Solomon mentions just one.

“One of those was professor George Reedy, a gracious educator and extraordinary witness to history who saw McCarthy’s campaign up close, as a reporter and then as a press aide to Lyndon B. Johnson.”

We are all victims of “media bias.” Whether he knows it, Solomon has just telegraphed his own: McCarthyism is “evil” but LBJ’s George Reedy is “gracious” and “extraordinary.”

For about 15 years, Reedy served by LBJ’s side, joining him in 1951 because, he said, LBJ was going to become president. His tenure coincided with “the McCarthy Era” (1950—1954), which ended in McCarthy’s censure—that hang-the-crepe day for anti-communist America, but that’s another story. In an interview, Reedy called LBJ “all-important” to the McCarthy censure, asserting he “basically devised the strategy.”

Solomon’s “educator” and “witness” was himself—as a senior LBJ staffer —an anti-McCarthy partisan.

Reedy was also a “former socialist.” Or so Reedy wrote himself, as his New York Times obituary noted:

“‘[LBJ] never once tried to find out what had made me a socialist or what had led me to renounce Marxism or what life was like on the streets of Chicago,’ Reedy wrote. ‘In fact, the only time he ever mentioned my background was in a telephone conversation with a member of the House of Representatives who also had a former socialist working for him.'”

How “former” were these “former socialists” in the House, anyway? Not so much, according to LBJ.

“The two men were trying to get together on an incredibly complicated bill—which neither understood—on labor-management relations in the construction industry. L.B.J. finally roared into the phone: ‘You send your socialist over to negotiate with my socialist and we’ll let them settle it,” Reedy wrote, according to The New York Times.

Alexandria Ocasio-Cortez is so late to this party.

Solomon continued: “Reedy told me that what marveled him most was McCarthy’s ability to ask questions or make statements insinuating something evil about a person he was questioning without formally lodging an allegation. In fact, he said, McCarthy might add a qualification to his question, suggesting that wasn’t making an accusation—before implying that very accusation.”

I don’t know, what I have read of McCarthy’s questioning sounds pretty straightforward to me. Here’s an example: McCarthy is questioning labor official Harry Hyman, identified by two ex-communists as a communist agent (who, fun fact, with five future members of the Rosenberg spy ring, attended the high school where/when David Horowitz’s father taught English as an active, covert Communist Party member).

The Chairman (Sen. McCarthy): Where did you go to high school?

The Chairman: Were you a member of the Communist Party when you entered college?

Mr. Hyman: Under the constitutional privilege of the Fifth Amendment, I decline to answer.

The Chairman: We are going through it again. Is it correct that when you invoke the Fifth Amendment, you are invoking it because you feel your answer might tend to incriminate you?

Mr. Hyman: That is correct.

The Chairman: Were you engaged in espionage while you were working at the Signal Corps?

The Chairman: Have you engaged in espionage in the past several weeks?

The Chairman: Did you steal radar secrets from the Signal Corps Laboratory and turn them over to Julius Rosenberg?

Mr. Chairman: Were you acquainted with members of the Julius Rosenberg spy ring?

The Chairman: Were you part of that ring?

Mr. Hyman: What was that?

The Chairman: Were you part of that ring?

Hyman, by the way, is a textbook example of what journalist and author M. Stanton Evans called “Fifth Amendment pleaders.”

Solomon continues: “McCarthy’s questions whipped up hysteria that marked those he questioned as ‘guilty as charged’ without a shred of evidence.”

I’ll let the “whipped up hysteria” pass. It’s that “without a shred of evidence” that sticks out.

M. Stanton Evans opens his book “Blacklisted by History” with 10 McCarthy cases, whose names resurfaced 40 years later in the sensational release of the Venona/KGB archive.

In 2014, in response to attacks on me as “McCarthy’s heiress” and my book “American Betrayal“ as “McCarthy on steroids,” and the rest of it, Evans compiled a table of 50 McCarthy suspects in a piece called “‘McCarthyism’ by the Numbers.”

Oblivious, we may assume, Solomon continues: “Those lessons had long faded into the recesses of my memory, until Thursday. That’s when a question-and-answer exchange involving Sen. Kamala Harris (D-Calif.) resurrected them.”

How can the analysis that follows stand on what is, we might say, Fake History?