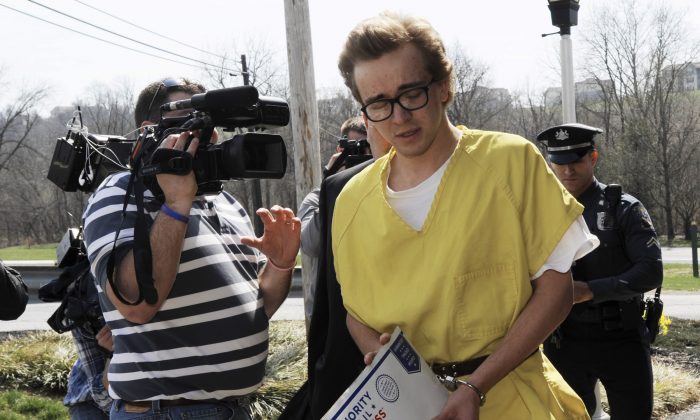 The Associated Press
View profile
Follow
biggersmaller
Print
HARRISBURG, Pa.—A 24-year-old Ukrainian man who lied about his name and age to attend a Pennsylvania high school was sentenced Tuesday to 11½ to 23 months in jail for sexually assaulting a 15-year-old classmate and stealing a public school education.

A Dauphin County judge on Tuesday also ordered Artur Samarin to repay the Harrisburg School District $44,000 while he spends seven years on probation after his release from jail, Pennlive.com first reported. But First Assistant District Attorney Fran Chardo said he doesn’t expect either will happen because Samarin has agreed to be deported once his jail term is up.

“I don’t ever expect to see that money,” Chardo said.

Samarin was called Asher Potts at John Harris High School. He impressed teachers and community leaders—including participating in Junior ROTC and student government—before authorities learned his identity and true age. He had legally entered the country before overstaying his expired visa.

Defense attorney Adam Klein called a retired Harrisburg teacher, Edith Goodson, to testify on Samarin’s behalf. She said Samarin tutored other pupils who sought to learn “while I was trying to control the chaos around them.”

“Not one penny of that money was wasted on Artur,” Goodson said of the district’s cost to educate Samarin. “He is a fine young man and he was here for all the right reasons.”

That angered Chardo, who said Samarin “sexually assaulted a 15-year-old girl” when he was 22 by pretending to be considerably younger. “He deserves every minute he serves in prison,” Chardo said.

Samarin has spent about nine months in jail since his arrest in February, all of which counts toward the sentence imposed Tuesday. He pleaded guilty in September to charges including statutory sexual assault, theft by deception and tampering with public records.

The sex assault victim wasn’t in court because she “didn’t want to have to see him again,” Chardo said.

Klein blamed Stephanye and Michael Potts, who have pleaded not guilty and are awaiting trial on federal fraud charges, for acting as Samarin’s “adopted parents” and allegedly concocting Samarin’s identity scam.

Samarin apologized for the trouble he caused.

“I made a huge mistake to pursue my American dream,” he told the judge.